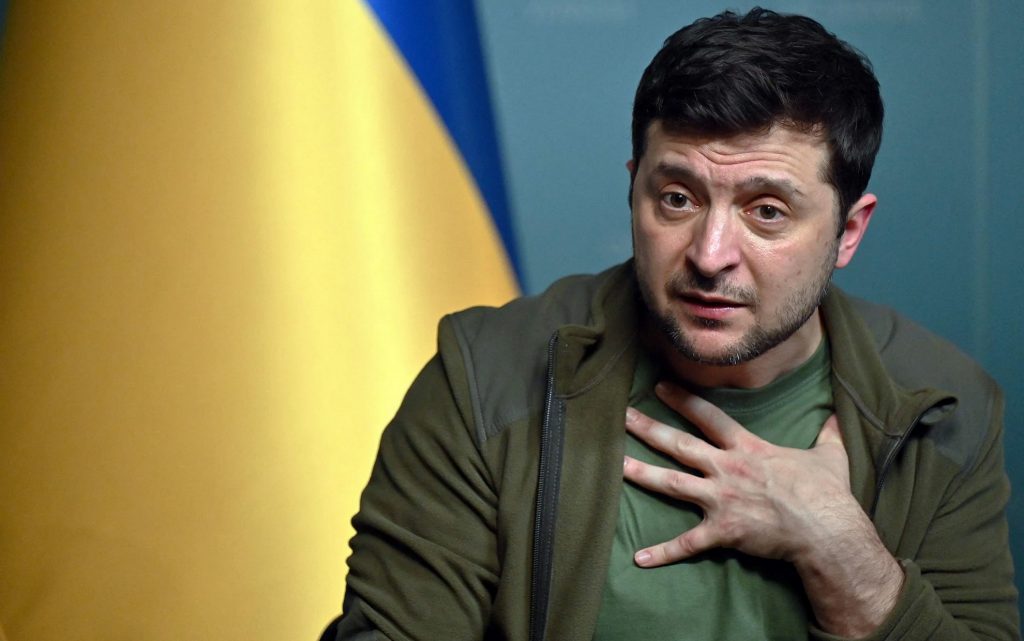 Ukrainian President Volodymyr Zelensky took three strange and shocking steps in the last days of the Ukrainian war that revealed the truth of this war and the nature of the forces participating in it, especially on the western side led by the US.

Zelensky, who is a jew, decedent from a Holocaust Survivor family of polish origins, called Jews around the world demanded to support Ukraine and call on them to raise their voice in protest and fight against the invaders targeting Ukrainians.

A clear practicing the worst forms of racism and discrimination between blond and blue-eyed people and students from the Third World, whether on the border with Poland or in shelters from Russian bombing.

He Opened the door for hundreds of thousands of right-wing extremists in Europe and the world to volunteer to join the army that he started to establish to fight the Russian forces in Ukraine.

Forty million Ukrainian citizens are followers of the Christian religion, so why did the Ukrainian president not also address the Christian world, or rather all adherents of other religions, to support his people, as long as the Russian invasion is “illegal” and contrary to international law, and the cause of the Ukrainian people is a just and legitimate cause?

The Israeli Minister of Foreign Affairs, Yair Lapid assured reporters that “Israel will vote to condemn the Russian invasion in the United Nations General Assembly, and this is what actually happened, revealing the Ukrainian ambassador in Jerusalem said that his embassy had opened the door to recruitment for Israeli Jewish volunteers, then he retracted and lifted the advertisement from the embassy’s page on Facebook under pressure from the Israeli Foreign Ministry, but the volunteer work didn’t stop.