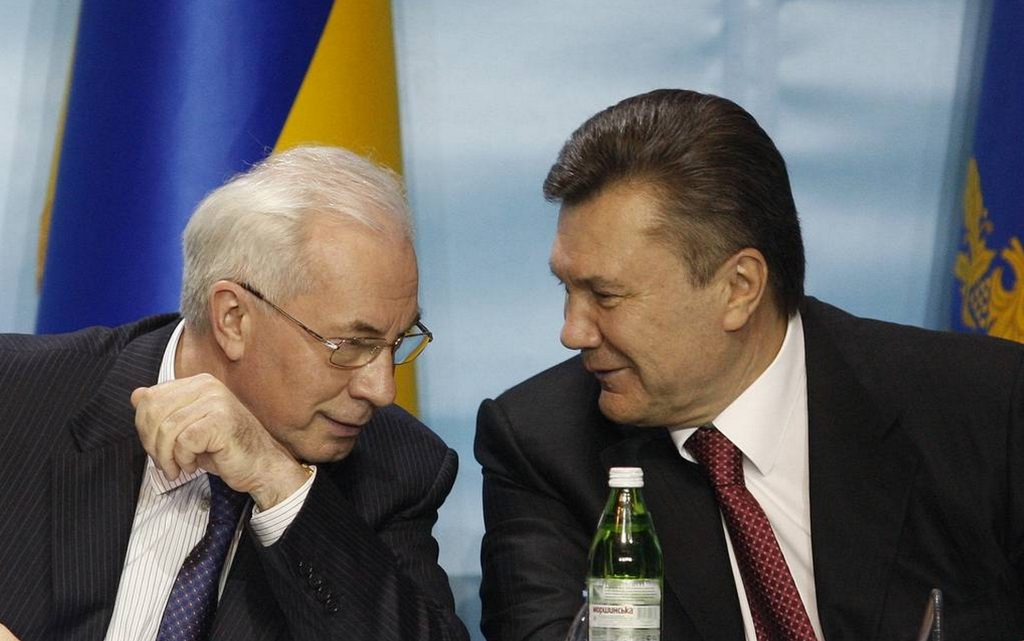 With the beginning of the Russian war in Ukraine, even the British press began publishing information and reports about what Moscow intends to do in Ukraine, by overthrowing the Ukrainian government and possibly restoring former President Viktor Yanukovych to power with a group of seemingly pro-Russian Ukrainian politicians.

Britain pointed the finger at a group of Ukrainian personalities, accusing them of colluding with Russia against their country.

Britain accused Russia of seeking to appoint people loyal to it to power and announced the names of some potential people to take over the positions, as the Washington Post newspaper published a profile of these people.

Yanukovych fled Ukraine after mass protests ousted him from power eight years ago.

The British Foreign and Commonwealth Office and Development claimed, that Moscow plans to install a pro-government government in Ukraine headed by Yevgeny Murayev, a former deputy in the Verkhovna Rada.

Murayev, who owns a pro-Russian TV channel in Ukraine, already dismissed the allegations as “stupidity and nonsense” in texts he sent to Britain’s Daily Telegraph newspaper.

The British statement indicated that four officials had been in contact with Russian officials “currently involved in planning an attack on Ukraine”.

The list of Ukrainian officials caused by Britain of being loyal to Moscow contains names of Mykola Azarov, Andrei Klyuyev, Sergey Arbuzov, and Vladimir Sivkovich.

Mykola Azarov: Azarov has served as prime minister since the start of Yanukovych’s presidency in 2010.

In late 2013, when Yanukovych’s decision not to sign a political and economic agreement with the European Union sparked protests in Kyiv and other parts of the country, Azarov’s resignation was among the protesters’ most important demands.

Azarov resigned in January 2014, a month before bloody clashes between protesters and riot police that ended Yanukovych’s presidency.

He fled Ukraine, and in January 2015, Interpol issued a Red Notice for his arrest.

Andrei Klyuyev: Klyuyev was at various times Yanukovych’s chief of staff, deputy prime minister and head of the National Security and Defense Council.

He was also a prominent figure in Yanukovych’s party, and worked closely with Yanukovych’s advisor, Paul Manafort.

At the 2018 federal trial in which Manafort was convicted of bank fraud and filing false tax returns, prosecutors said Klyuyev was among those who paid Manafort for his services.

Sergey Arbuzov: Arbuzov served as deputy prime minister and head of the National Bank under Yanukovych.

He replaced Mykola Azarov as Prime Minister after Azarov’s resignation in 2014.

Arbuzov is alleged to have been part of a group during Yanukovych’s presidency, referred to by opposition politicians and the media as “the Family”, a group close to Yanukovych, whose members allegedly got rich through corruption.

It is reported that he is wanted in Ukraine on charges of abuse of his official position and theft of government funds… Arbuzov denied the accusations.

Vladimir Sivkovich: Sivkovich was Deputy Secretary of the National Security and Defense Council of Ukraine during Yanukovych’s presidency.

The US Treasury imposed sanctions on Sivkovich last week for his alleged participation in “influence activities directed by the Russian government to destabilize Ukraine”.

Britain reveals a Russian plan in Ukraine and Washington expresses its concern.

Britain accused Russia of seeking to install a pro-Russian leader in Kyiv and contemplating the occupation of Ukraine, while Washington said it was very concerned by the accusations.

“We’ve information that Russian intelligence services have links with many former Ukrainian politicians,” the British Foreign Office said in a statement.

“According to our information, the Russian government is seeking to install a pro-Russian leader in Kyiv, after invading and occupying Ukraine,” the British Foreign Office statement added.

Russia, on its part, denied the British, as speculations, that former Ukrainian MP Yevgeny Murrayev is the most likely a candidate.