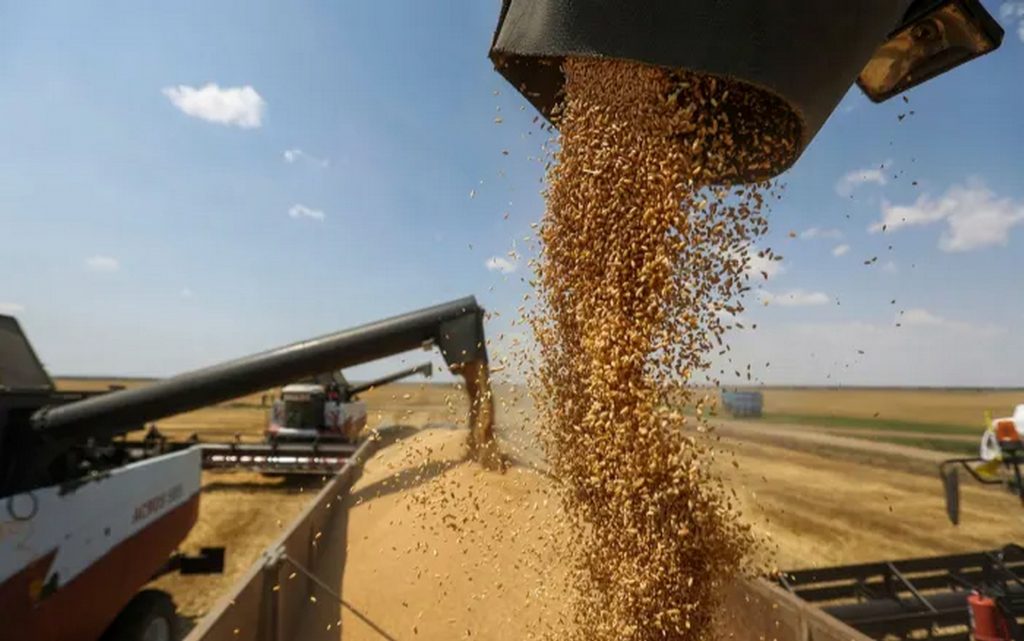 The impact of the Russian attack on Ukraine extends to many countries in Europe, Asia, and Africa.

Ukraine, which has the most fertile land on earth and has been the breadbasket of Europe for centuries, considers its agricultural exports, such as grains, vegetable oils, and a host of other products, essential to feed the population in Africa.

Much of Ukraine’s most productive agricultural land lies in its eastern regions.

What will happen to countries that depend on Ukraine?

Many countries in the world depend on Ukrainian wheat, which will have the largest global impact, along with other major crops such as corn and barley.

While China and the European Union import Ukrainian wheat, it is in the developing world that this product has become one of the most important imports.

For example, about half of the wheat consumed in Lebanon in 2020 was grown from Ukraine, according to data from the Food and Agriculture Organization (FAO).

Lebanon relies on bread and other grain products for 35% of its calories.

14 countries depend on Ukrainian imports for more than 10% of their wheat consumption.

For example, Yemen and Libya import 22 and 43%, respectively, of their total wheat consumption from Ukraine.

The largest consumer of Ukrainian wheat in Egypt, which imported more than three million metric tons by 2021, is more than 14% of its total consumption.

Recently, and due to the war in Ukraine and the rise of the wheat price globally affected by the war, the Egyptian authorities canceled two tenders for the purchase of wheat, due to the high prices and the reluctance of suppliers to submit supply offers.

Unfortunately, a large part of the country’s wheat production comes from the historical breadbasket of eastern Ukraine, namely from the Kharkiv, Dnipropetrovsk, Zaporizhia, and Kherson regions, located to the west of Donetsk and Luhansk, which are already in the middle of the war operations.

The most wheat-producing regions of Ukraine are located in the east, near the border with Russia or in the Donbass areas controlled by pro-Russian separatists.

International experts fear that, if these lands are lost from Ukraine and grabbed by Russian-backed separatists, “it could mean sharp declines in wheat production and a sharp drop in wheat exports”.

Although global food prices are already rising along with the prices of other basic commodities, any disruption risks further price shocks as importing countries scramble for supplies.

International experts are predicting a worsening food insecurity crisis in many developing countries that depend on Ukraine for wheat, especially in politically unstable countries such as Libya, Yemen, and Lebanon.

“Rising prices and food insecurity could also fuel conflict, increase ethnic tensions, and destabilize Governments, and the spillover of violence across borders, in some other countries,” stressing that “the gravity of these scenarios shouldn’t be underestimated”.

Warnings that under the current circumstances, governments around the world must be prepared to respond quickly to avoid food security issues and potential famines, including by sending food aid to countries in need, and speeding up supply chain transformations to redirect exports to existing customers of Ukraine”.