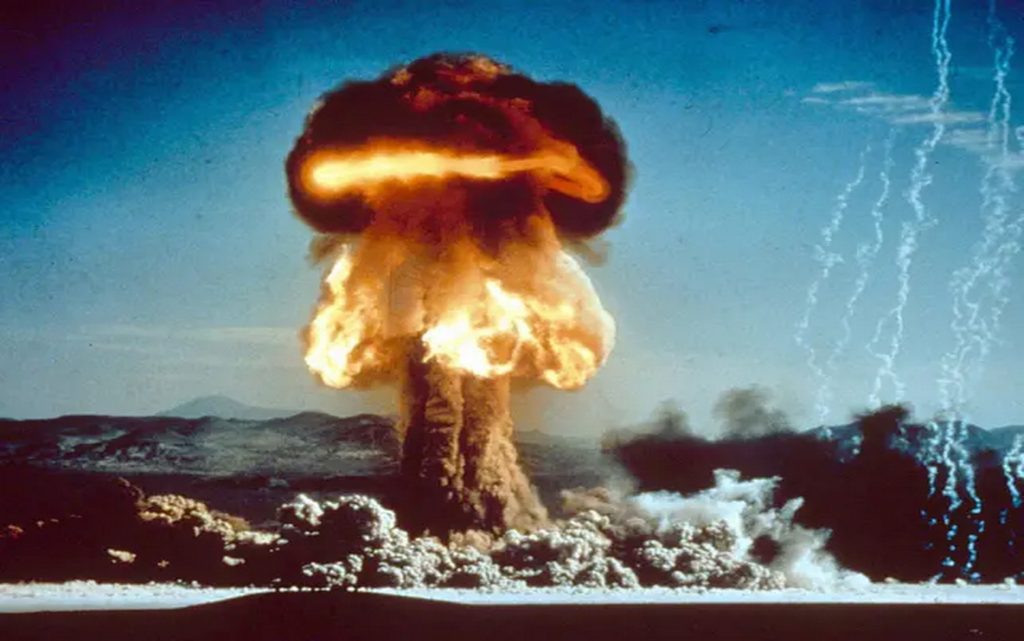 Soon, the parliament of neutral Finland will consider joining NATO, and the alliance says that in the case of a positive decision, it will accept Finland within 24 hours.

The West is so overwhelmed with weapons that Ukraine will soon have 3 grenade launchers and 2 stingers for every citizen.

Some members of the US Congress are suggesting that an outdated law allowing the government to issue licenses for maritime piracy be used to seize Russian yachts.

Europe and other allies and followers of the United States of America are also burning bridges of relations with Russia, while Europe closed its skies to Russian aviation, and the West froze Russian assets and isolated major Russian banks from the “Swift” system.

Western shipping companies have refrained from transporting Russian goods, and there is no longer a sector in which Russia doesn’t face restrictions or embargos.

Comprehensive economic sanctions are not intended to stifle the Russian economy slowly, in 5-10 years, but to destroy it completely now, in a few months.

In economic terms, the course of the complete destruction of the Russian state was determined.

In the West, Russian students are being expelled from universities everywhere, Russian restaurants and the ordinary Russian population are under attack.

In general, the repressions in the West have taken on a comprehensive and wide-ranging character against everything that is Russian, including ordinary Russians.

The American broadcaster, Oprah Winfrey, even threw the book “War and Peace” by Russian author Lev Tolstoy from her personal library.

The West will erase Russia, all Russian civilization, and everything that is Russian from history, at the very least, and will try to erase it from world history.

It is about the physical destruction of everything Russian in the world, just as the ancient Romans sprinkled the earth with salt, after their conquest of Carthage, so that nothing else would grow there… That is the battle of the end.

However, Russia goes through such battles of the end, when it comes to the complete destruction of Russian civilization, once a century, and sometimes more than that in a century.

I fear that it will be repeated in the future as well.

In this case, in my humble opinion, there is nothing unusual about it.

All we have is that in those circumstances we are looking forward to the rapid events that could have happened within the next 10 years anyway.

Or perhaps those events could only have accelerated so close to the climax.

On this, I agree with Vladimir Putin, all sanctions were inevitably imposed, and everything that we observe was destined to happen, only at the most fragile moment for Russia, for example, when the country’s leadership changed.

At the same time, if we think rationally, the continuation of such a system for a long time, at least for Europe, was absolutely not possible.

At the very least, the loss of Russia would mean economic disaster and chaos in the country, which would stop the supply of energy and other important raw materials to the global market, which in turn would mean the collapse of the global economy.

The United States will last a little longer, but it will also collapse.

That is, the West turns the page for itself, and enters a world in which it doesn’t guarantee its existence in the first place.

For him, too, this is the final battle, and the ferocity and cruelty of the measures against Russia are due to that.

The West is on the brink of the abyss and the economy collapses, then the United States, the European Union, and many other countries.

He is in a hurry, with only a year or two max lefts before the economy collapses, and the automatic victory of Russia and China.

The preemptive destruction of Russia, and then of China, is the only chance for the West’s survival.

At the same time, it is worth noting that the United States of America is standing behind the scenes and watching quietly.

As Washington closed US airspace to Russian planes, it continues to buy Russian oil, and so on.

This is a proxy war, and its followers must fight, who alone must bear the brunt of the war.

I have written about it over and over again that the goal of the USA is to neutralize Russia by dragging it into a conflict in Ukraine and the subsequent war between Russia and Europe, or at least with the complete severance of Russian-European economic ties.

Preventing a Russo-German alliance has been the main task of the Anglo-Saxons for two centuries.

Unfortunately, the United States won this round, succeeded in carrying out a coup in Ukraine in 2014, and now, through its puppet in Kyiv, has managed to impose a military conflict on Russia.

The consequences for Russia are truly catastrophic.

Moreover, the catastrophe is a strategic disaster, and the repercussions of it will remain for at least 100 years.

And here I do not mean sanctions, which I am sure that Russia, despite the great difficulties, will bear, and Russia, therefore, possesses all the required resources and skills, and the determination and determination of the country’s leadership are following this path.

Moreover, I can say that isolation, thankfully, will put Russia on guard in the face of the inevitable collapse of the global financial system.

When the interconnected and mutually integrated world is in ruins after the collapse of the dollar system and the pyramid of global debt, only Russia will be left on its feet.

The real disaster for Russia is the war of the two brotherly peoples, the Ukrainian and the Russian, who, in general, represent one person on both sides of the conflict.

Ukraine’s former foreign minister, Klimkin, is of Russian descent, and a third of the Russian government is of Ukrainian descent.

Russia and Ukraine are part of one people, and what we see today in the eyes of the whole world is nothing but a civil war.

The bitterness will remain in the hearts for at least two generations.

Here, the dream of the Anglo-Saxons of forcing these two peoples of one origin to fight each other is fulfilled.

That really is a “100-year victory” for the Anglo-Saxons.

I’m far from thinking that the Russian president, Vladimir Putin, doesn’t realize all this.

I don’t know anyone in all of Russia who is more cautious than Putin.

When sanctions were imposed on Russia in recent years, all Russians were boiling for revenge, but he was silent and waited quietly.

Now, in light of the war of annihilation against Russia, Moscow, as of writing these lines, continues to supply gas to Europe and even Ukraine!!!

Have you seen something like that in the Arab world or anywhere in the world?!

Indeed, Russia, until this moment, hasn’t announced its refusal to repay the loans, which could cancel the effect of freezing Russian reserves with the West!!!

The dearth of my heart can only be healed by the blood of the enemy!!!

But my mind agrees with Putin… I say this to illustrate the fact that if Putin does something, he only does it at the right moment more than at any other moment, and only when he is absolutely certain of success.

“And if Putin accepts the extent of the severity of the casualties and the brutal consequences for Russia, then we are only watching the beginning of the conflict.

In this regard, I remember two phrases of Putin: “If a fight is inevitable, you must strike first”.

What do we need in a world without Russia?

As we recall, two days ago, the Russian President ordered the placement of Russia’s strategic nuclear forces on high alert.

I think it’s not a hoax… Putin is going to the end of the path… Incidentally, the Russian nuclear arsenal is larger and more modern than the American one.

Given the acceleration of events, I expect the outbreak of a nuclear war, or at least a flaming situation, in which the world stands on the brink of nuclear war, no later than the summer, and perhaps earlier, given the pace of the decline of the Russian economy, the faster it accelerates, the closer we get.

In any case, whether Russia is left in this world or not, whether it is victorious or not, there will be no United States or a West on this planet at the end of the conflict.

Or at least these entities won’t be in the same form or the same role they play now.

Note: On my “Telegram” channel, I posted a message I received from friends indicating that on March 2, the authorities of the Moscow region will check the state of emergency sirens.

Indeed, that experiment was postponed for some reason, but it is clear that this is what Russia is preparing for.