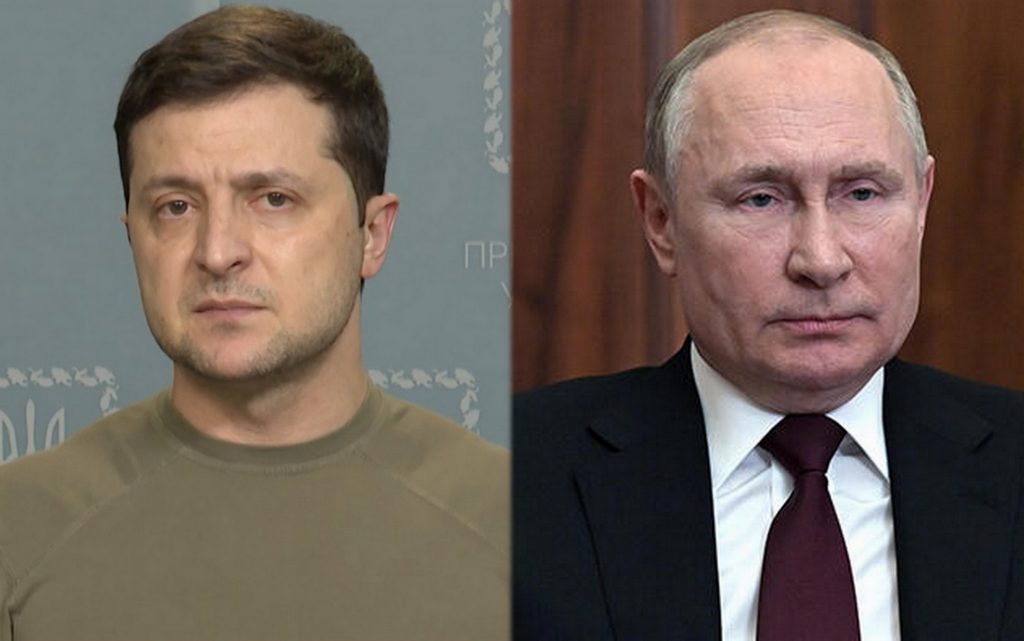 Ukrainian President Volodymyr Zelensky has asked Russian President Vladimir Putin to meet with him and negotiate an end to Russia’s invasion of his country.

Any guarantees? About NATO? We’re not members of NATO, we don’t have nuclear weapons…What can I give someone? It’s another information bomb… What can I offer? What do you want from us?”

“Leave our land, please,” he added.

If you don’t want to go out now, sit down at the negotiating table…I am free… Sit, but not 30 meters away like you did with Macron and Scholz… I am your neighbor… I don’t need to be 30 meters away”.

“I don’t bite,” Zelensky added… I’m an ordinary man, sit with me and talk, what are you afraid of?

We don’t threaten anyone… We’re not terrorists… We don’t rob banks… We don’t seize other people’s land.

Zelensky’s words came as a close-talk with his Russian counterpart, aiming to break the barrier.

Russia kept insuring, that reason behind the operation in Ukraine is to neutralize Ukraine, in order to not be used as a knife to stab Russia, and eliminate the far-right neo-Nazi movement, that controls the political and military in Ukraine, which following a violence policy towards Russian speaking in Ukraine, mainly in eastern Donbass region.