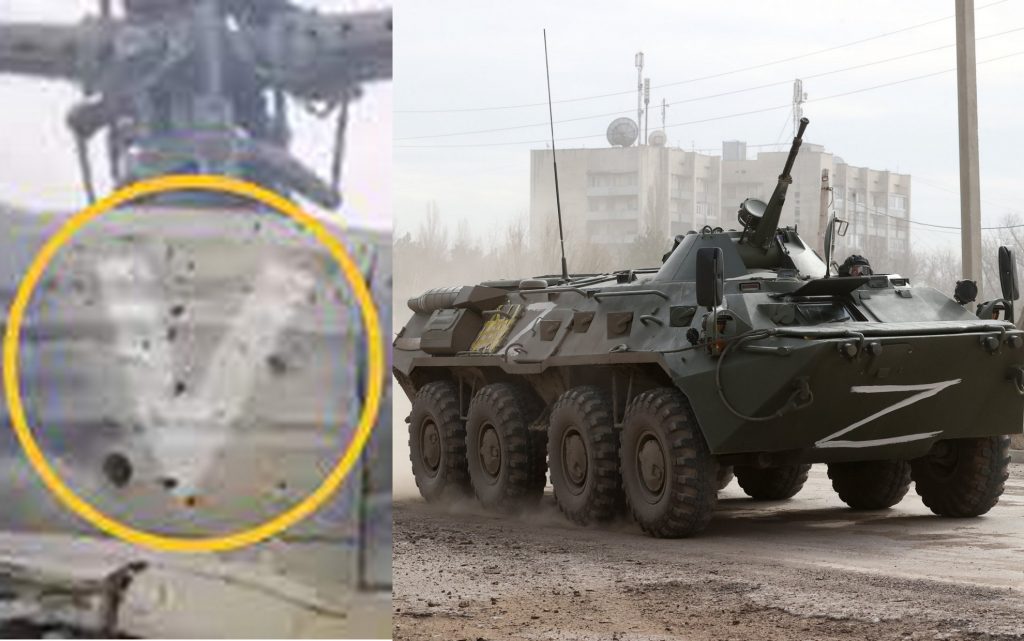 The military vehicles participating in the Russian special military operation aimed at putting an end to the attacks of the forces of the Ukrainian regime on the republics of Donetsk and Luhansk in the Donbass region bear marks that haven’t been placed before on the mechanisms of the Russian army.

These mechanisms bear two letters of the Latin letters, V and Z. The mystery surrounding the two marks, which hadn’t been seen on the mechanisms of the Russian army before, until March 2, when the Russian Ministry of Defense revealed their significance on its Instagram page.

It indicated that the letter Z means victory, while the letter V means that strength lies in the truth and that the task before the perpetrators of the special military operation must be achieved.

It should be noted that the Russian forces are keen to preserve the safety of the safe citizens of Ukraine, and enable the Ukrainian soldiers who lay down their arms to return to their homes and not participate in acts of aggression that only serve the interests of the foreign protectors of the Ukrainian regime.