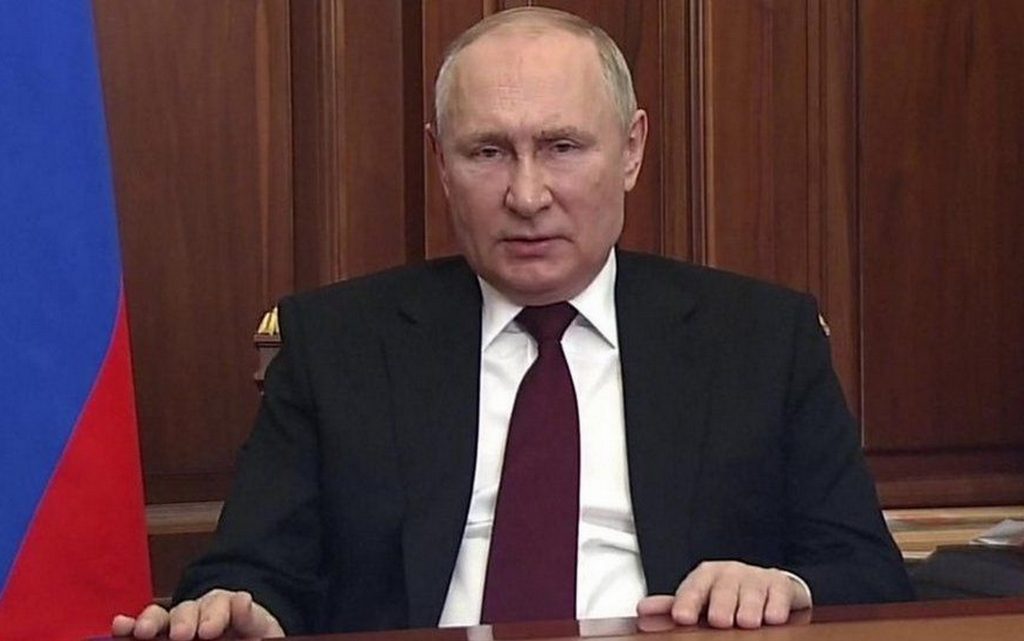 Russian President Vladimir Putin has said that Russia doesn’t plan to occupy Ukraine and that given NATO’s continued eastward expansion and Russia’s deteriorating security environment, Russia has no choice but to launch military operations.

“Russia has said it has neutralized Ukraine’s military airbases and its air defense systems,” he added.

But it is still not clear how far Russia’s military operations will go and what their ultimate goal will be.

Putin’s decision to launch the military operation in Ukraine received widespread support from Russian society for three reasons: “First, the continued expansion of NATO to the east, prompted by the United States, has reduced Russia’s strategic space and severely humiliates this fighting country.

Putin has raised his sword as he creates a historic turning point to end Russia’s forced retreat since the dissolution of the Soviet Union.

The missiles that fell on Ukraine are tantamount to Russia’s spit in Washington’s face.

Second, Ukraine and Russia have lived together for more than 300 years, and their cultures have been fused.

However, Ukraine has turned against Russia in recent years and completely veered towards the West, taking an anti-Russian path similar to that of the Baltic states.

This path is common in the countries of the former Soviet Union and Eastern Europe.

These countries are convinced that with the support of the United States, it is safe for them to be hostile to Russia.

This has long infuriated the Russians.

Therefore, they generally support Putin is using Ukraine as a warning to the rest of Eastern Europe.

Third, Russia is already accustomed to US and Western sanctions after all these years.

It is even prepared for a worst-case scenario, in which the United States shuts down Russia’s internet.

With oil prices remaining at a high level and sufficient foreign exchange reserves, Russia now has the ability to withstand sanctions.

Therefore, Russians aren’t worried if the sanctions will affect their lives significantly.

Putin wants Kyiv to pledge that it won’t seek to join NATO and fundamentally change its pro-US strategy.

He wants Ukraine to become the shield that protects Russia from NATO pressure.

Once Ukraine changes course, an alliance between it and Belarus and Russia could change the geopolitical pattern in Eastern Europe through close cooperation.

But Zelensky’s government is unlikely to make such changes.

Last Thursday, Zelensky announced the decision to cut ties with Moscow and called for an anti-Putin coalition, and imposed sanctions on Russia.

The confrontation will certainly continue for a period of time, and the next pillar of the conflict will be which side – Russia or the United States and the West – will affect Ukraine’s future situation.

This is a very painful time for Europe.

NATO’s eastward expansion and Russia’s criminalization have become politically correct in the West.

Meanwhile, Russia feels so threatened by NATO’s eastward expansion that it will fight to the end.

Electoral politics prevented Ukraine from making a reasonable adjustment on its way to being neutral between Russia and the West.

Before the deadlock is broken, there will likely be more losses and pain.

He added: The United States and the West underestimated Russia’s ability to withstand sanctions.

Moscow may also have underestimated the resilience of Ukraine’s Western-backed anti-Russia course as well as the sustainability of Western support.

When all parties cannot make concessions, further escalation of military operations cannot be ruled out.

Just as it would be a political catastrophe for Washington if the United States changed its attitude toward NATO’s eastward expansion, if Putin withdraws his forces from Ukraine while Kyiv’s political line remains the same, it may be difficult for him to articulate his position at home.

The Chinese writer concluded by saying: Therefore, it is not clear how the situation will develop.

Essentially, this is a strategic confrontation between Russia and the United States.

Whether or not Ukraine’s position will change depends on how difficult the efforts of Russia and the United States are.

“This incident and the war gave small countries an important lesson: when caught between great powers, they should try to avoid taking sides completely and help that side challenge the other,” he added.

This is very dangerous… In the modern world, wars between major powers tend to be impossible, because they are unable to withstand wars between them.

When a great power is punishing the pawns of another great power, it is extremely difficult for the latter to fulfill its promise to join the battle to defend its smaller ally.

As a result, weak and small states must maintain their strategic independence at least to a certain extent at all times.

They cannot turn themselves into a sworn enemy of another great power who must be eliminated, in order to satisfy one great power.