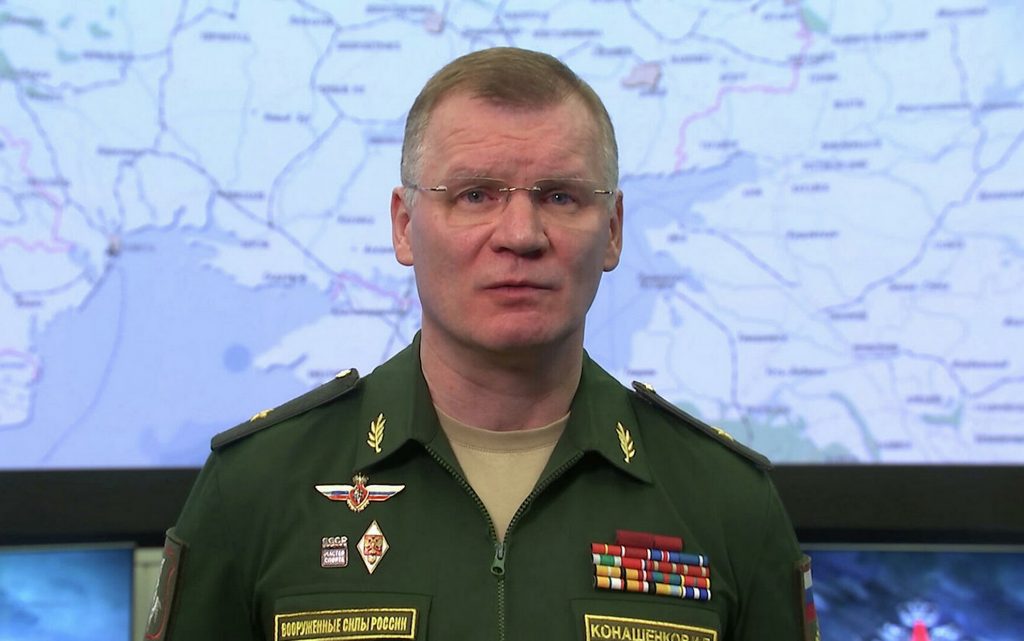 On Wednesday, the Russian Defense Ministry announced that 498 servicemen were killed in the line of duty in the special military operation in Ukraine.

As for the losses in the ranks of the nationalist battalions and members of the Ukrainian armed forces, more than 2,870 were dead and about 3,700 wounded, in addition to the capture of 572 Ukrainian soldiers.

Konashenkov revealed that the Russian forces continue to strike at the military infrastructure sites in Ukraine, explaining that this resulted in the destruction of 1,533 sites, including 54 command centers and communications points of the Ukrainian armed forces, and 39 anti-air systems of the “S-300” and “Buk-M and M1 models”, along with US systems, in addition to 52 radar stations.

He added that the operation resulted in the destruction of 47 military aircraft on the ground and the downing of 13 aircraft in the air, in addition to 484 tanks and other armored vehicles, 63 rocket launchers, 217 field guns, 336 pieces of special military vehicles and 47 drones.

The spokesman stressed that the Russian forces are taking measures to ensure the safety of the civilian population of Ukraine, including in the city of Mariupol, where members of “battalions of nationalists who have deployed armored vehicles and artillery, including rocket launchers, in residential neighborhoods”.

He explained that residents of the city can leave it through a safe corridor that was opened in the eastern direction, adding that similar corridors were opened to ensure the exit of those wishing to leave the capital, Kyiv, and the large city of Kharkov (in the east of the country).