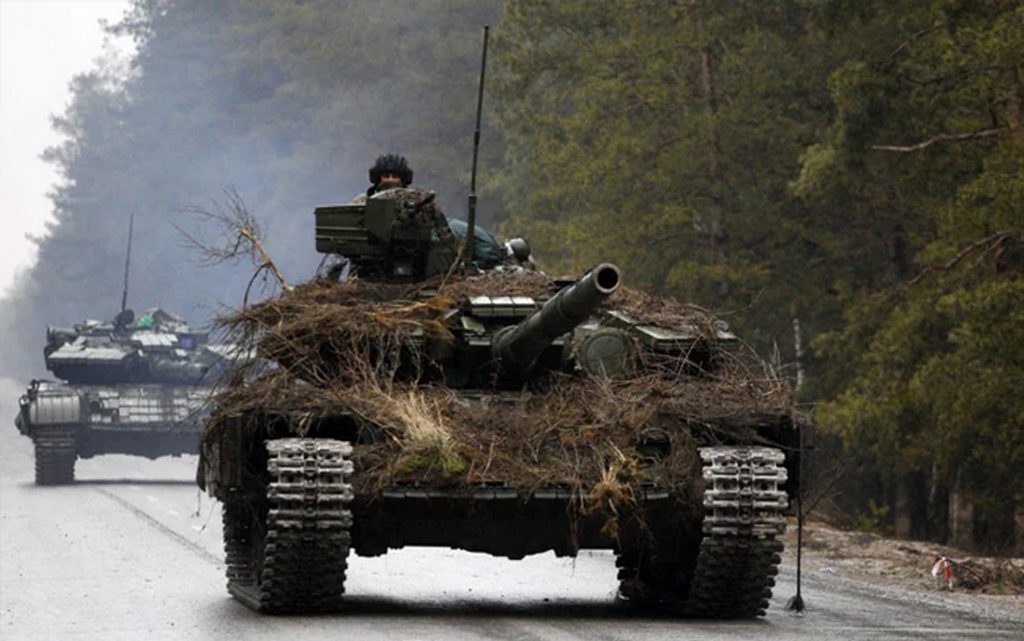 It was reported on Tuesday evening that the Ukrainian city of Zhytomyr was subjected to an air raid.

It is believed that Russian Kalibr cruise missiles damaged several civilian targets, including residential buildings and a hospital, according to the Ukrainian news agency (Unia).

Zhytomyr is located about 140 km west of the Ukrainian capital, Kyiv.

Herashchenko said there was also another air attack in Kharkiv.

It was not possible to verify these military developments from independent sources.

In addition, Ukrainian Foreign Minister Dmytro Kuleba called on China to mediate between his country and Russia in order to establish a truce.

A statement issued by the Chinese Foreign Ministry on Wednesday said that its Minister, Wang Yi, had a telephone conversation with his Ukrainian counterpart at Kuleba’s request.

He pointed out that Kuleba briefed “Wang” on the course of the first round of Ukrainian-Russian negotiations, and that Kyiv’s priority is to stop the clashes.

He added that Kuleba made clear to his Chinese counterpart Ukraine’s support for a solution through negotiations with Russia, and its desire to advance talks by maintaining calm despite the difficulties of the current situation.

For his part, Wang expressed his country’s concern over the course of events in Ukraine, and its fear for the lives of civilians, calling on the Ukrainian and Russian sides to solve the problem through negotiations.

He affirmed Beijing’s support for all constructive international efforts to find a political solution.

He stressed that China respects the sovereignty and territorial integrity of all countries, with one country not threatening the security of another, and maintaining regional security by not expanding military blocs.

US President Joe Biden also announced the closure of US airspace to all Russian aircraft due to Moscow’s military attack on Ukraine.

This came during his “State of the Union” address, at dawn on Wednesday, which is an annual address to presidents, inside Congress in a joint session of the House of Representatives and the Senate.

Biden said that his Russian counterpart, Vladimir Putin, “rejected diplomatic efforts and thought that the West and North Atlantic Treaty Organization (NATO) would not respond, and that he would be able to divide us internally, but he made a mistake, as we were ready”.

He added that Putin “six days ago began to shake the foundations of the free world, thinking that he could proceed with his own menacing path, but he was deeply mistaken”.

In the same context, the Canadian government said on Tuesday that the country had decided to refer the situation in Ukraine to the International Criminal Court to investigate the alleged commission of war crimes and crimes against humanity by Russian forces.

On Monday, the court’s prosecutor’s office said it would seek court approval to open an investigation into alleged war crimes in Ukraine just days after Russia invaded.

“We are working with other ICC member states to take this important action as a result of the numerous allegations of serious international crimes committed by Russian forces in Ukraine,” Canadian Foreign Minister Melanie Jolie said in a statement.

“The International Criminal Court has our full support and confidence… We call on Russia to cooperate with the court”.

Russia describes its actions in Ukraine as a “special operation”.

A referral by a member state would speed up the investigation by allowing the prosecutor to skip the court’s approval phase, and according to a diplomatic source, it would reduce the months it takes to start an investigation.

At the dawn of last February 24, Russia launched a military operation in Ukraine, which was followed by angry international reactions and the imposition of “tough” economic and financial sanctions on Moscow.