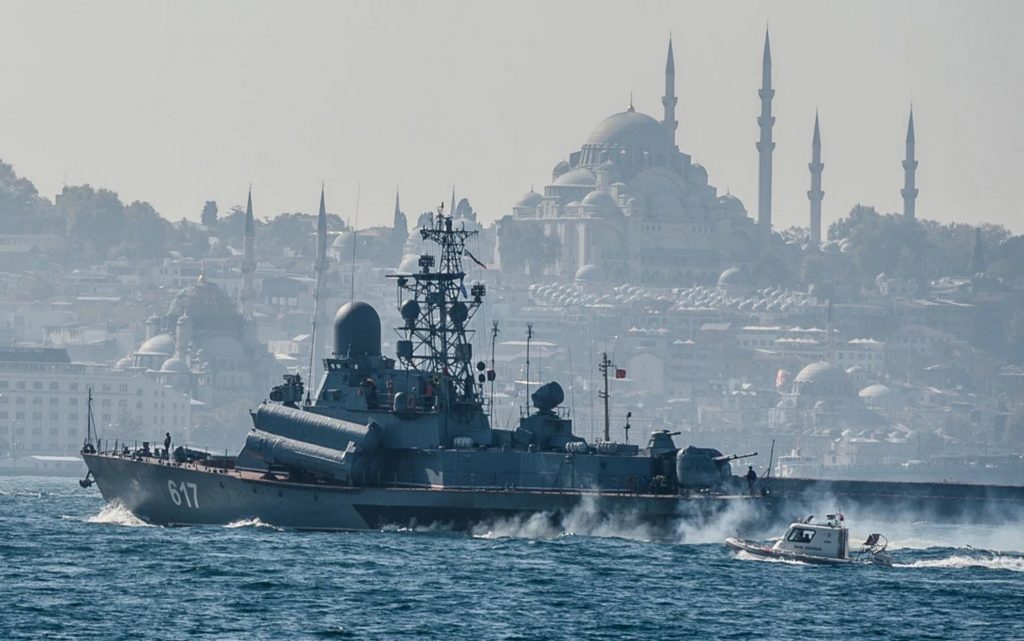 Turkish Foreign Minister Mevlut Cavusoglu announced on Monday evening that his country will prevent warships of “riparian and non-riparian countries of the Black Sea” from crossing the Bosporus and Dardanelles straits.

“We’ve notified all riparian and non-riparian countries of the Black Sea not to send their warships to pass through our straits,” Cavusoglu said, adding, “We’ve adhered to what is stipulated in the Montreux Convention,” which grants Turkey the right to control the crossing of these two straits, according to what was quoted by the official Turkish Anadolu News Agency.

For his part, US Secretary of State Antony Blinken thanked Turkey for its strong support, in defense of Ukraine, its sovereignty, and territorial integrity.

This came during a phone call that Blinken had with his Turkish counterpart Mevlut Cavusoglu on Monday evening, according to US State Department spokesperson Ned Price.

The spokesperson explained that Blinken reiterated his condemnation of Russia’s attack on Ukraine, which was carried out deliberately and without any provocation or justification, expressing his gratitude for the solidarity of allies and partners in facing this crisis.

Price indicated that the US Secretary of State also expressed his gratitude for Turkey’s continued implementation of the Montreux Convention and Minister Cavusoglu’s recent statements in this regard.

Before that, Turkish President Recep Tayyip Erdogan had announced that his country “won’t abandon Russia or Ukraine, nor will it abandon its national interests”.

Following a government meeting, he justified the move by saying that Turkey “has decided to implement the Montreux Convention in a way that prevents the escalation of the crisis”.

Since the beginning of the Russian attack on Ukraine, the Ukrainian ambassador to Ankara Vasyl Bodnar has demanded that Turkey close the Bosporus and Dardanelles straits to Russian ships.

Ankara controls the entrances to the two straits leading to the Black Sea under the Montreux Convention signed in 1936, which guarantees freedom of navigation through them, which in return gives it, under Article 19, the right to prevent the transit of warships in times of conflict unless they are in the process of returning to their bases.

On Monday evening, Cavusoglu stressed that this text applies to everyone, not just to the belligerents.

Ankara has been slow to respond to Kyiv’s demand by saying that its experts are studying “whether the war exists from a legal point of view,” which would allow it to activate its privileges under the agreement.

On Sunday, Cavusoglu announced that the response was positive and that Turkey would implement the agreement to the letter.

Turkey is seeking to strike a balance in its relations with Ukraine, which has sold combat drones used to confront Russian tanks, and with Russia, which depends on its supplies, especially gas and grain.

But Erdogan reiterated that “the attack launched by Russia on the territory of Ukraine is unacceptable” and “praised the struggle of the Ukrainian government and its people”.

In this context, he said, without naming Russia, “what complicates matters is that the countries that are the source of the problem are members of the UN arbitral tribunals”.

In February, Russia assumed the presidency of the UN Security Council, and is a permanent member of it and has veto power, along with the United States, the United Kingdom, France, and China.

Last week, China abstained from voting on a draft resolution condemning the Russian attack on Ukraine.