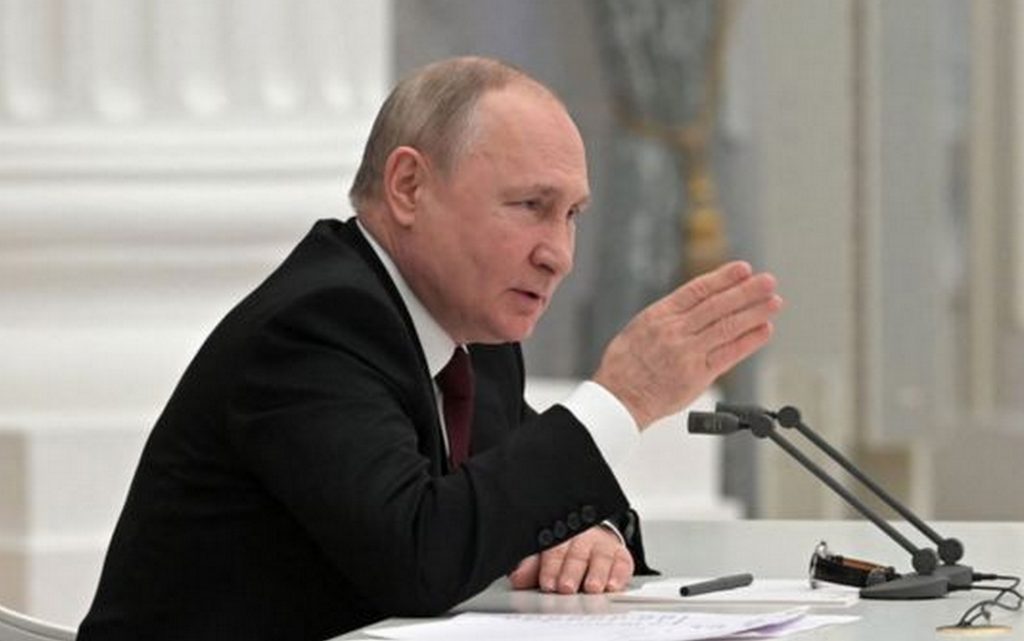 Russian President Vladimir Putin revealed Monday to his French counterpart Emmanuel Macron his conditions for stopping the war in Ukraine.

A statement issued by the Kremlin said that Putin and Macron had a telephone conversation about the ongoing war in Ukraine.

According to the statement, Putin stressed that “the solution in Ukraine can only be achieved by recognizing Russia’s sovereignty over Crimea and cleansing the Ukrainian state of militarism and Nazism”.

In addition to “guaranteeing its neutral status, while taking into account Russia’s legitimate interests in the field of security,” according to the statement.

On Monday, Russian military operations in Ukraine entered their fifth day, as the latest reports indicate that Russian forces are heading towards the capital, Kyiv.

The Russian intervention was met with anger from the international community, with the European Union, the United Kingdom, Japan and the United States implementing a raft of economic sanctions against Russia.

To date, at least 102 civilians have been killed in Ukraine, and more than 500,000 others have fled the country, according to UN officials.