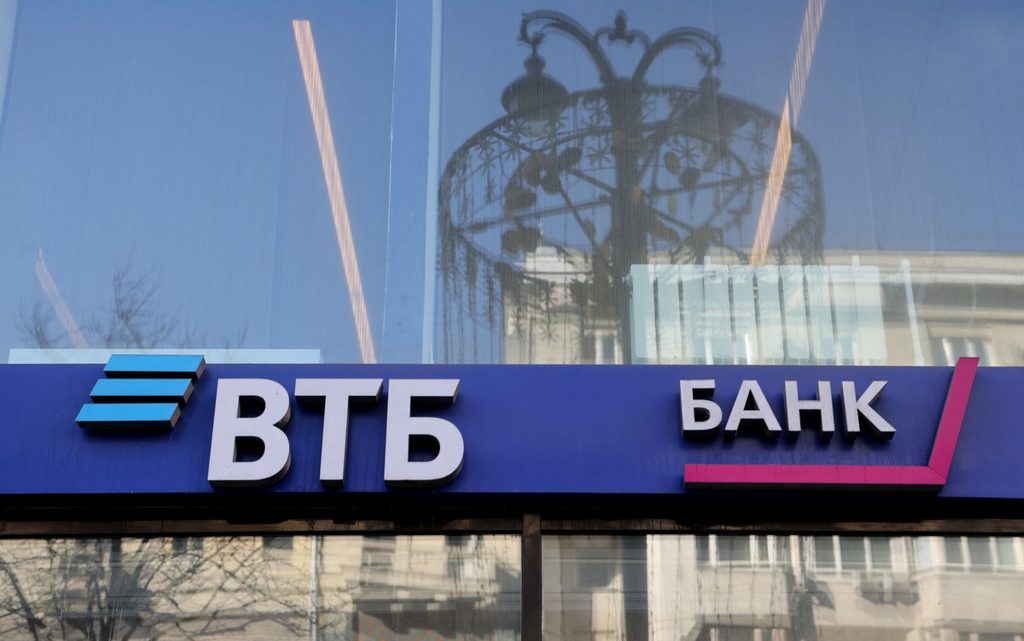 The EU has been reluctant to remove Russian banks from SWIFT due to Russia’s bloc’s dependence on oil and gas.

The EU is considering cutting off seven Russian banks, including its second-largest lender VTB, from the international SWIFT messaging system used to process payments.

But the list includes neither Sberbank, Russia’s biggest bank, nor Gazprombank, its third-largest lender, which is closely linked to the energy sector.

Bank Otkritie, Novikombank, Promsvyazbank, Rossiya Bank, Sovcombank and VEB make up the other six banks on the list.

The EU has been reluctant to remove Russian banks from SWIFT due to Russia’s bloc’s dependence on oil and gas.

A hard stop on Russia’s involvement in SWIFT is viewed as the “nuclear option” because it would make payments almost impossible except via out-of-date methods like faxing.

While there’s growing political momentum for a stronger stance, the absence of Sberbank and Gazprombank from the list indicates there’s still concern about the potential economic repercussions.

The list has been put forward by the Commission after consultations with the US said one of the diplomats.

It was discussed on Tuesday at a meeting of EU ambassadors. Diplomats said that the debate focused on the list of banks, with Poland trying to widen it.

According to one of the diplomats, “Poland would like it to be more ambitious”.

The Baltic states like Estonia have also been pushing for something bigger and quicker but have signed on for now.

During the discussion, the Estonia ambassador argued that “unity is the hardest currency in our hands at the moment,” according to one of the diplomats.

Another point that is still open is the grace period, said another diplomat.

Currently, the text says that “it shall be prohibited as of 10 days after entry into force of the Regulation to provide specialized financial messaging services”.