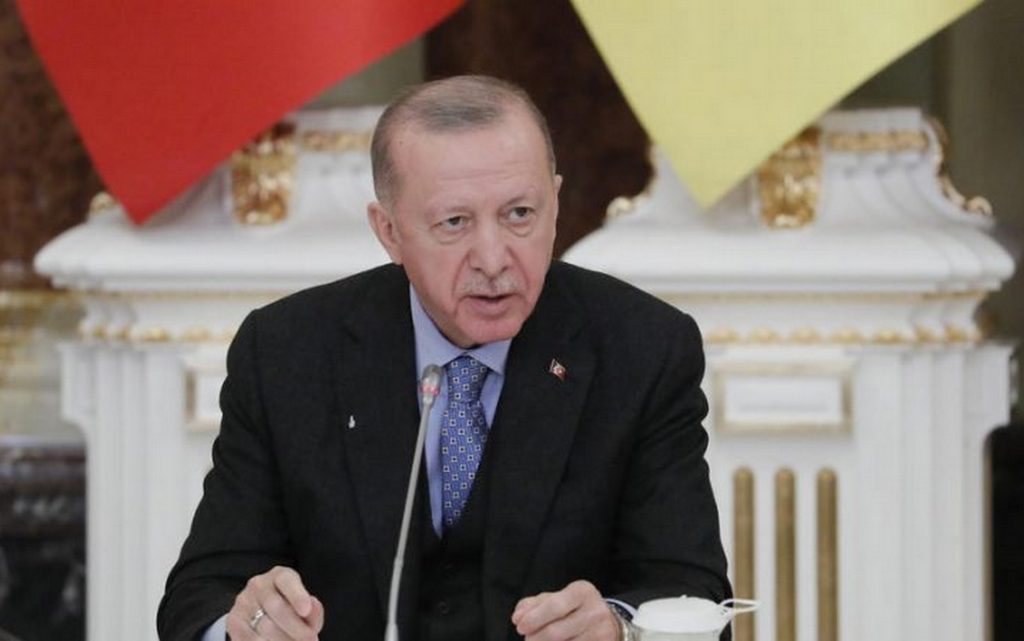 Turkish President Recep Tayyip Erdogan on Tuesday demanded that the European Union treat Turkey the same way as Ukraine, without waiting for it to be “wounded by war”.

“Show Turkey the same sensitivity that you show Ukraine,” he said during a joint press conference with Kosovo President Fjoza Osmani.

Speaking about the situation in Ukraine and Kyiv’s demand to join the European Union, Erdogan added: “Ukrainian President Volodymyr Zelensky was applauded in the European Parliament: This is very good… It required a catastrophe for that… But Turkey won’t wait for a disaster”.

While reminding that his country is a member of NATO, he asked: “Why don’t you give Turkey the necessary military equipment”?

“Will you put Turkey on your agenda when you launch a war against it?” he added.

Turkey has been a candidate for European Union membership since 1987.

The Turkish president has been trying for several months to revive relations with European partners, after years of estrangement and many disputes, especially over the eastern Mediterranean, and his stances, which are considered hostile towards Greece and Cyprus.

Erdogan, a Kyiv ally who maintains ties with Moscow, criticized the European Union and NATO last week for “not taking decisive action” in the war between Russia and Ukraine.

But he sided with the Western allies and considered the invasion of Ukraine by Russian forces unacceptable.

He again called for a cease-fire Tuesday evening during a press conference.