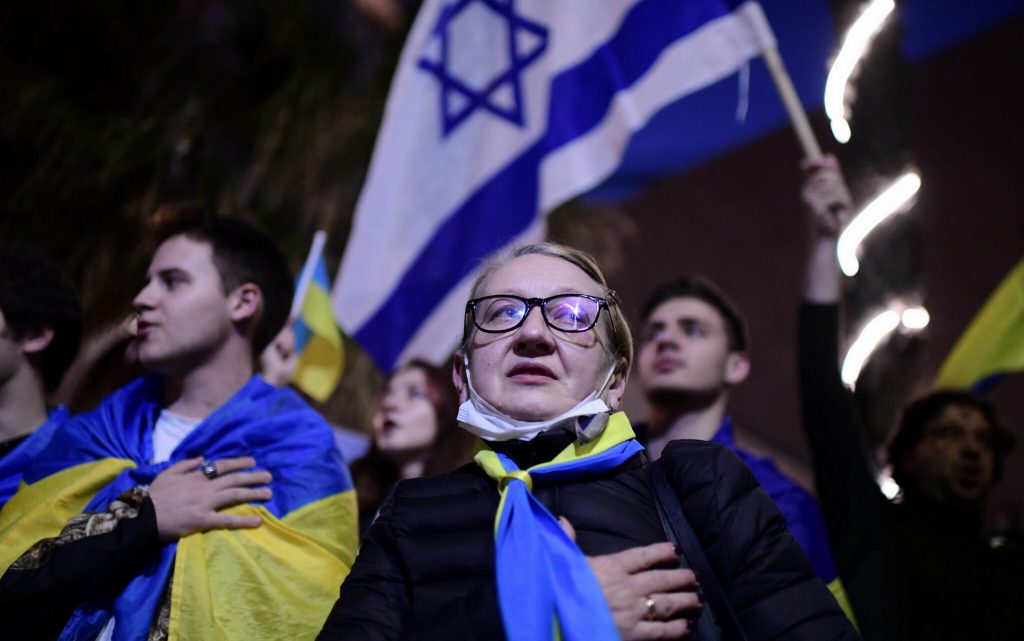 The Ukrainian ambassador to Tel Aviv, Yevgeny Kornichuk, revealed that Israel expelled dozens of refugees from his country who fled the war, and refused to receive them, upon their arrival at Ben Gurion Airport, according to Israeli media.

This came in a press conference held by Kornichuk, on Tuesday evening, in Tel Aviv, during which he burst into tears, according to the Israeli Walla website.

Kornichuk said he was disappointed by the Israeli Interior Ministry’s decision not to allow Ukrainian refugees from Poland and Hungary to enter Israel.

“Dozens of Ukrainian citizens have returned from Ben Gurion Airport to the countries from which they arrived in the last six days,” he added.

“The Ukrainian refugees came for help,” he said… They didn’t come to work in Israel, but they are fleeing the war”.

“Thousands of righteous Ukrainians saved the Jews during the Holocaust,” Kornichuk told the press conference.

The “Holocaust” is a term used to describe the campaigns by the government of Nazi Germany and some of its allies, with the aim of persecuting and liquidating the Jews in Europe during World War II (1939-1945).

According to the Walla website, the Ukrainian ambassador burst into tears as he said: “We need more help from Israel… I hope they can help us more in the coming days… This is an urgent issue… It cannot be discussed over a period of months”.

“We need defensive weapons,” he added… I won’t be able to go any further as to the quality and number of weapons we need…We hope that Israel will act like the rest of the world and help us with weapons as well”.

He denied that Kyiv had asked Israel to provide it with the “Iron Dome” air defense system, saying, “The Russian missiles are superior to those fired from Gaza… We need other missile defense systems,” he said, without elaborating.

Earlier on Tuesday, 3 Israeli planes carrying 100 tons of humanitarian aid arrived in the Polish capital, Warsaw, in preparation for trucking it to Ukraine, according to the Yedioth Ahronoth newspaper.

On February 24, Russia launched a military attack on Ukraine, prompting regional and international capitals and organizations to impose sanctions on Moscow that included multiple sectors, including diplomatic, financial, and sports.