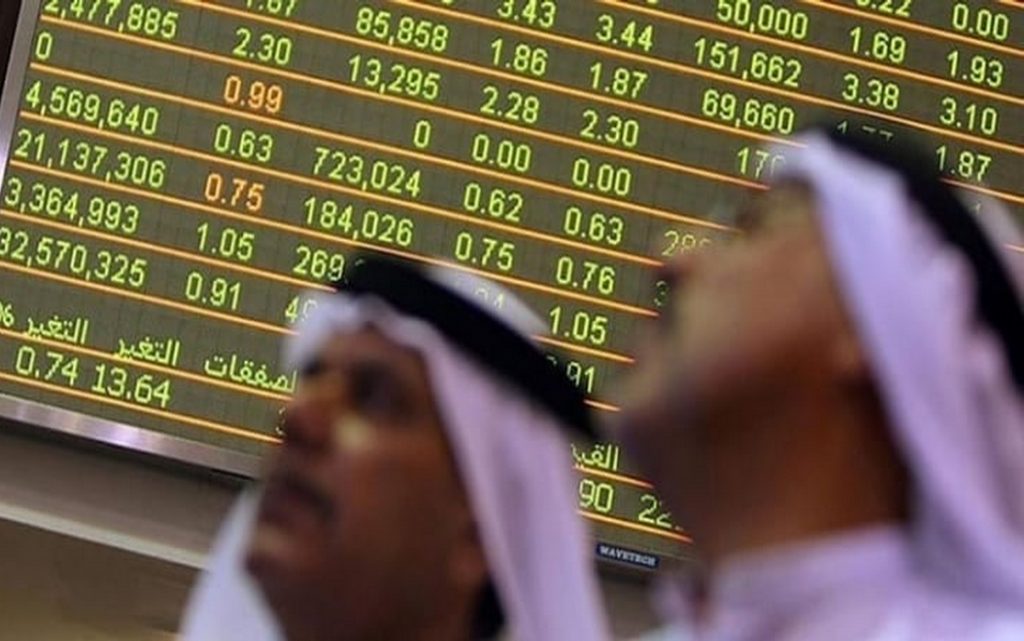 Despite the usual government assurances, and although the war is still in its infancy, Arab markets weren’t immune to the rapid negative effects that swept the economic and financial arena in this country.

The high prices have already swept through many countries, without regard to government moves aimed at securing sufficient stocks of necessary commodities and controlling markets in order to alleviate the living crises faced by citizens.

In Jordan, who is import 80%-90% of its food needs from abroad, as well as imports all its needs of oil and gas, raw materials and production requirements.

Jordanian commercial companies have announced increases in the prices of some food items, such as vegetable oils, due to the Russian invasion of Ukraine, as the country imports large quantities of vegetable oils from Ukraine, which may affect the stock of them.

“The prices of vegetable oils started to rise in Jordan, affected by the Russian invasion of Ukraine.

Many food and non-food items will increase their prices in Jordan if the Russian-Ukrainian crisis continues for a long time,” said Ihab al Sharfa, general manager of Sumatra Food Industries in Jordan.

And he indicated that Jordan imports grain and iron from Ukraine, and imports 80% of sunflower oils from Ukraine and Russia, noting that this type of oil is considered the most consumed by citizens.

He said that the Russian-Ukrainian crisis since its inception has raised the price of palm and soy oil by 20%, and this rise was reflected in the local prices of sunflower and corn oils.

People in Syria describe what is happening in the markets recently as a state of hysteria.

If we provide you with a list of commodity prices today, you will find them expired and not valid tomorrow or the day after.

As the former worker in the Ministry of Local Administration, “Khader Jokhdar,” revealed that, “the supply of goods and products in the Syrian markets decreased by about 30%, which raised prices by the same, with the increase in demand and the spread of the phenomenon of monopoly, which is the real cause of market chaos”.

He added, “It’s not reasonable for stocks to decline within three days and the effects of stopping imports appear so quickly”.

Jokhdar doesn’t rule out raising the prices of bread and fuel, after the rationing and austerity plan announced by the government during the last government meeting last week, because Russia is the most important exporter of wheat and oil to Syria.

Specialists believe that the first effects of the Russian war on Ukraine will be reflected in the bread of the Syrians, after the decline in the Syrian production of wheat, from more than 3 million tons before 2011 to about 900,000 tons the previous season, and the government’s dependence on imports, first from Russia and then from Ukraine.

Some people familiar with the situation in Syria expect that the government’s actual wheat reserve doesn’t exceed 250 thousand tons, because it imports monthly from abroad, and the amount it rented of Syrian wheat for the previous season did not exceed 600 thousand tons.

This means that the reserve is sufficient for a maximum of forty days.

According to Abdul Qader Abdul Hamid, who is an oil expert, he believes that the effects of the war will be largely evident in the availability and price of oil derivatives in the Syrian markets.

Production in it today is 30 thousand barrels, and the rest of the gap is imported from Russia, and then Iran.

Prices haven’t lost sight of the Moroccan government’s statements since its inauguration, as it seeks to justify the increases it knows of the repercussions of the health crisis that affected the prices of many raw materials.

The Russian invasion of Ukraine added to families’ fears of a new wave of price hikes.

The issue of high prices has become the topic of the hour in recent months, which is reflected in social media, in which some didn’t hesitate to ask Prime Minister Aziz Akhannouch to leave.

Last week, prices attended strongly at the meeting of the leaders of the government majority, as they overshadowed other issues, as the head of the National Rally of Independents and the Prime Minister stressed that there is great pressure on the budget.

The pressure on the government has intensified recently, especially with the rise in oil prices on the international market, which had an impact on the prices of gasoline and diesel.

Minister Delegate in charge of the Budget in Morocco Fawzi Lekjaa, stated that consumer prices in the world and in Morocco remain related to the current international situation and geopolitical tensions.

The fears of families have intensified in the recent period in light of the rise in wheat and flour prices and were further inflamed in a context characterized by the lack of rain, including repercussions on the cereal crops in the current season.

As for Egypt, the Egyptian Cabinet Spokesman Nader Saad said that his country hopes that the Russian-Ukrainian crisis won’t extend for a long time, in order to avoid severe pressure on Egypt’s budget, pointing to work on a plan to import wheat from other regions instead of Moscow and Kyiv.

The official Egyptian Middle East News Agency quoted Saad as saying that Egypt has 14 countries approved to supply wheat, some of which are outside the European continent.

Russia and Ukraine are usually the largest exporters of wheat to Egypt, as the proportion of Russian imports amounted to about 50%, while Ukrainians accounted for 30% of Egypt’s total wheat imports in 2021, according to Reuters.

Saad said in a telephone interview to one of the Egyptian private channels that the Central Bank and the government are working to secure the Egyptian needs, according to what the official agency reported.

According to observers, the war will lead to a rise in inflation rates in the country, which will exacerbate the living crises of citizens.

After reducing the weight of the subsidized loaf, the government is now considering increasing its price.

Because of the Russian invasion of Ukraine, futures contracts for US wheat and corn shipments jumped to the highest level in more than nine years, at the end of last week.

The concerns of the importing countries of these major commodities are not limited to the suspension of Russian and Ukrainian wheat exports only, but the circle may widen to include Western supplier countries that may enter into the conflict.

Sudan is one of the Arab countries most affected by the Russian-Ukrainian war, especially in the event of the prolongation of the crisis, due to the high prices of oil and its derivatives and wheat, because Russia is the largest producer of it.

If the war prolonged, that would cause oil prices to rise to 120 dollars a barrel, which would raise the cost of oil derivatives in Sudan, because its production is only enough (40-50%) of consumption.

Sudan will also be affected by the rise in global transportation and insurance prices and will exacerbate the harsh economic and living conditions experienced by citizens.

According to official data, annual inflation in Sudan rose by 359% in 2021, compared to a growth of 163.26% in 2020, which is an indication of the escalation of price crises despite government measures.