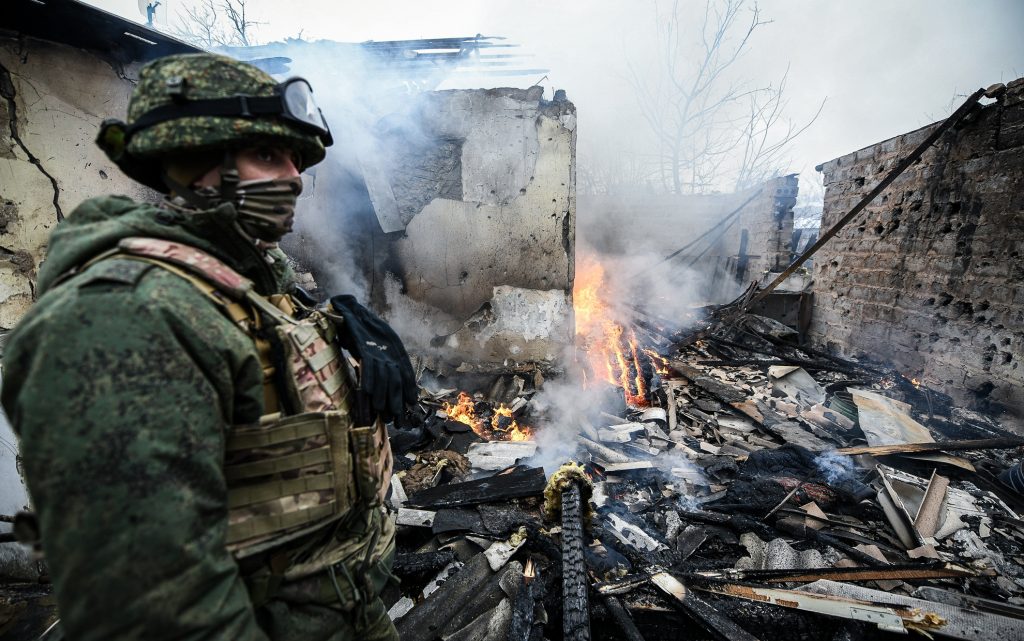 A Ukrainian military commander announced that more than 70 soldiers were killed as a result of violent Russian shelling on the town of Okhtyrka in the Sumy region in the northeast of the country.

“A military unit in Okhtyrka was subjected to fierce bombardment by the enemy… Unfortunately, it was completely destroyed,” the Ukrainian news agency “Ukrinform” quoted Dmytro Zyvitsky, head of the Sumy military command.

More than 70 soldiers were killed.

There are also civilian casualties… the wreckage is being cleared now, and more dead soldiers may be found”.

In the same context, the Ukrainian army said that it had shot down several Russian fighters, at a time when the Russian invasion of Ukraine entered its sixth day on Tuesday.

The newspaper Ukrainska Pravda and the Ukrainian Air Force reported that five Russian fighters and a helicopter were shot down during the airstrikes on Monday.

This information could not be independently verified.

It is reported that the fighters were shot down during air attacks in the cities of Vesylkiv and Brovary in the region around Kiev, while a cruise missile and a helicopter were shot down near Kyiv.

It is reported that Ukrainian fighters fired missiles and bombs at Russian tanks and forces near Kyiv and the city of Zhytomyr.

On the other hand, the Ukrainian news agency reported that satellite images showed a convoy of Russian military vehicles, about 64 km long, advancing towards the capital, Kyiv.