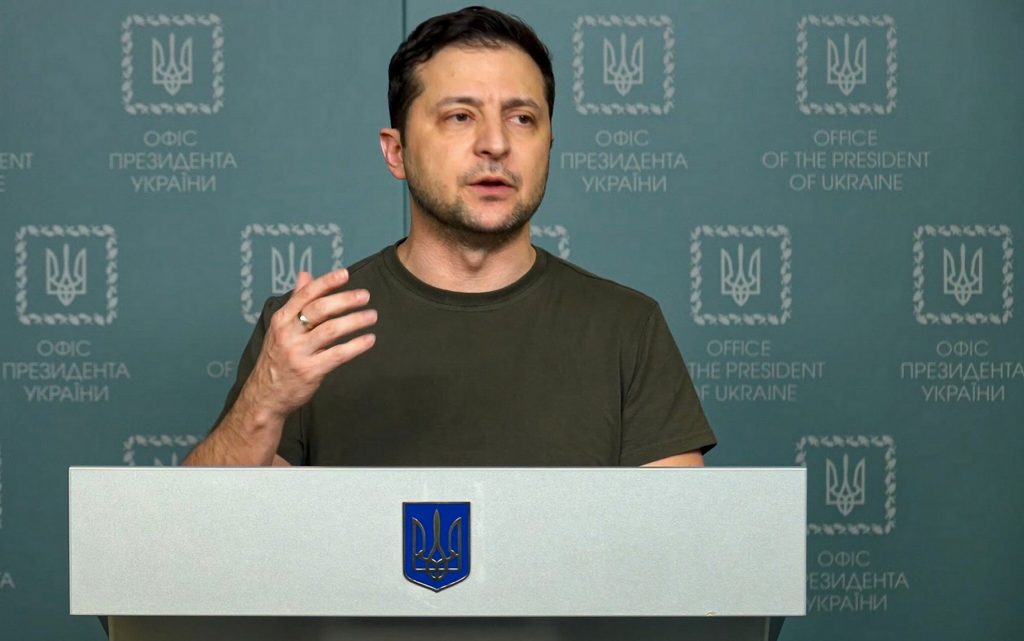 The Ukrainian President Volodymyr Zelensky told British Prime Minister Boris Johnson by phone on Sunday that the next 24 hours would be critical for Ukraine, a British government spokesman said.

In a statement, the spokesman added that Johnson said the UK and its allies would do everything in their power to ensure defense aid reaches Ukraine.

During their emergency meeting, the ministers discussed the possibility of providing temporary protection for these Ukrainians, by resorting to a 2001 memorandum allowing them to stay and work in the European Union for up to three years.

French Minister Gerald Darmanin, whose country holds the presidency of the Council of the European Union, said in a press conference after the meeting that he had noticed a large majority in support of this proposal.

For her part, EU Home Affairs Commissioner Ylva Johansson said that most Ukrainians arriving have biometric passports and can stay visa-free for 90 days in the EU, but stressed the need to prepare after that for the arrival of millions of arrivals.

Johansson noted that most of the Ukrainians who fled to the European Union are hosted by relatives, noting that a “limited number” have applied for asylum.

They go to countries that already host a large Ukrainian-origin population, such as Poland, Italy, Portugal, Spain, Germany, and the Czech Republic.

Created in response to the conflict in the former Yugoslavia but never being used, this directive provides for temporary protection in the event of a mass influx of displaced people, and includes measures for their distribution among EU countries.

The Commissioner explained that this temporary protection conferred equal rights in all Member States, in particular the right to work.

In turn, the Belgian Minister of State for Asylum and Migration, Sami Mahdi, spoke of a “historic moment for the European Union, a moment in which we must take courageous decisions”.

And this proposal must be approved by a majority in the Council, ie a minimum of 15 out of 27 countries representing at least 65% of the European population.

“We’ve to study any situation that we can grant to these people who are fleeing from Ukrainian territory in very difficult circumstances,” French Minister Gerald Darmanin said upon arrival at the meeting.

He added that we must first receive them “on the best possible terms in Poland and in neighboring countries and see how we can help them in a humane way… and then see how we can in Europe offer them this protection” stipulated in a memorandum dating back to 2001.

“The main thing is to find solutions away from bureaucracy so that we can receive these refugees quickly,” German Interior Minister Nancy Visser said.