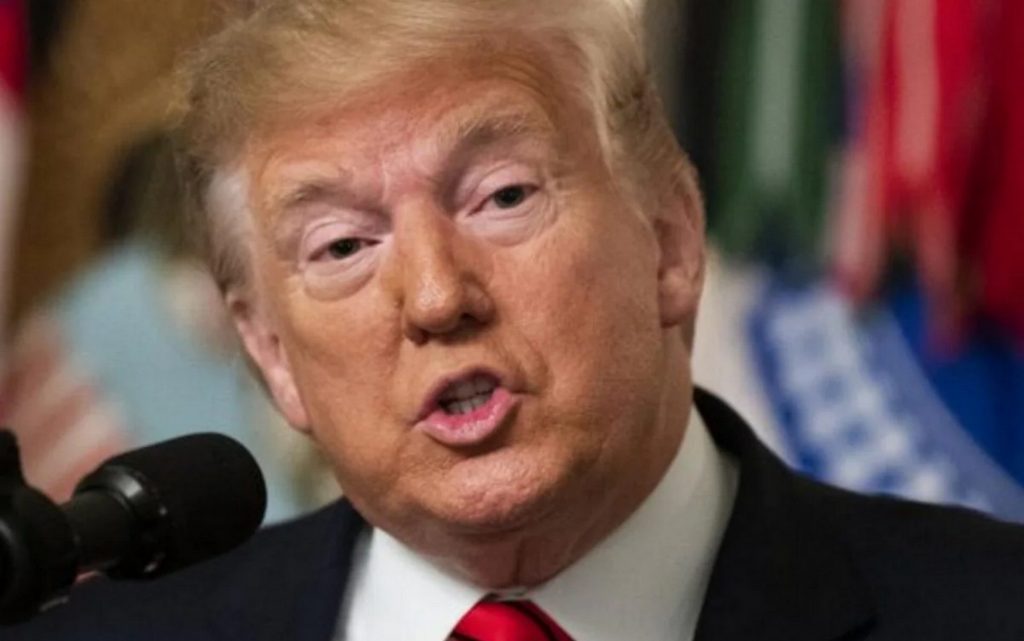 Former US President Donald Trump condemned the Russian invasion of Ukraine, saying he was praying for Ukrainians, in a major shift in Trump’s rhetoric, after he praised Russian President Vladimir Putin earlier this week.

This came in statements made by the former US president, before the Conservative Political Action Conference in Florida, coinciding with the Biden administration’s announcement of a new package of economic sanctions, aimed at banning some Russian banks from connecting to the global financial system, and limiting the ability of the Russian Central Bank to support the ruble.

Trump took advantage of his speech in front of a crowd of his supporters, while his organizers are promoting that it is the largest gathering of conservative politicians in the world, to attack US President Joe Biden, and to refer again to the possibility of running in the US presidential elections 2024.

Trump angered some members of the Republican Party when, earlier this week, he described Russian President Vladimir Putin as a “genius” and that his actions reflected “a lot of shrewdness”, coinciding with the exposure of Ukrainian cities, to artillery and Russian cruise missiles.

But this time, at the CPAC, the former president expressed sympathy with Ukrainian President Volodymyr Zelensky, whom he described as “courageous” for staying in the capital, Kyiv.

“The Russian attack on Ukraine is horrific,” Trump said.

We pray for the proud people of Ukraine; may the Lord bless them all”.

He also linked the Russian invasion of Ukraine to the US presidential elections 2020, in an attempt to establish a belief among those who hear him, falsely claiming that fraud practices were behind Biden’s victory in the elections.

The former US president added: “We all understand that this horrific catastrophe would not have happened, had our elections not been subjected to fraud while I remained president”.

As soon as he uttered those words, a woman standing in the crowd chanted: “You’re the boss!”

Trump didn’t confirm that he will participate in the previous US presidential 2024, but he intensified the reference to this recently, including referring to the possibilities of his participation in those elections during this speech he made in Florida before the gathering of conservative politicians.

“In November 2024, the Democrats will see us, as they have never seen before,” the former president said.

We’ve done it twice, and we’ll do it again, a third time”.

“I am the only American president in the 21st century who has not invaded any other country during his time,” Trump said.

Trump insisted he was right when he described Putin, who praised his actions in Ukraine earlier this week, as “smart” for outsmarting world and NATO leaders.

The former US president said, “The real problem is that our leaders are stupid, stupid, very stupid”.

The Democratic National Committee criticized Trump’s statements, saying: “The defeated former president ascended to the podium of the Conservative Political Action Conference to confirm his shameless statements in which he praised Putin”.

Democratic attorney Marc Elias said in a tweet on his account on the social networking site Twitter, that Trump’s statements raise “a series of legal questions regarding spending and financial disclosure”.

And the fundraising operations of former US President Donald Trump succeeded in collecting large sums of money, estimated at about $100 million, and Trump is still touring around the country to hold conferences and political meetings.

This comes as most Republican politicians refrain from raising the issue of Putin and Ukraine, as they focus on domestic issues that are more important to them, such as requiring citizens to wear masks.

JD Vance, the Republican nominee for Ohio’s seat in the US Senate, said the political class has focused on the issue of the conflict in Ukraine, at the expense of more important domestic issues, such as the crossing of illegal immigrants across the Mexican border.

“I’m tired of caring about people who are more than 6,000 miles away from us than we do about people like my mom and grandmother, and all the kids in crisis,” Vance added.