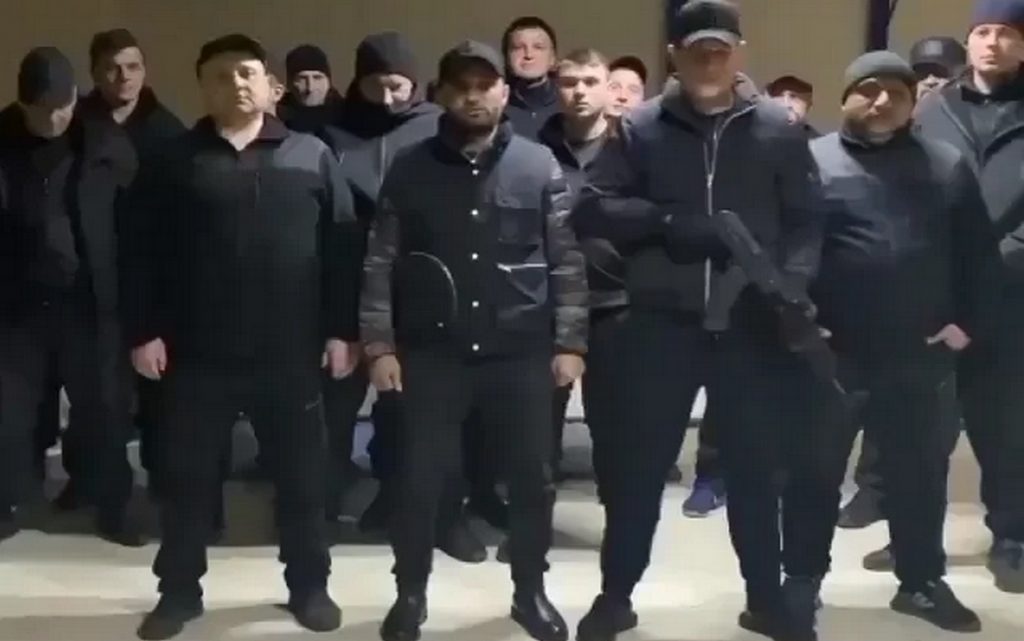 The Syrian businessman, Tariq al Jassem, who hails from the city of Aleppo, announced the formation of an armed faction at his own expense, to confront the Russian forces in their military operation against Ukraine.

al Jassem appears in a video circulating on social media, saying: “Dear Ukrainians, dear people of my city of Odessa, I am present and did not leave, and we will defend our land”.

He added, “The Russians have destabilized the security of our home and our land… We’ll defend our land… Syria gave birth to me, brought me up in Ukraine, and I will not allow it to destroy Ukraine, and these men are also ready,” he concluded his video message by shouting: “Long live heroic Ukraine”.

Tarek Al Jassem, a Syrian-Ukrainian businessman from Aleppo raised a platoon with his own money.
Translation:
My dear Ukrainians sons of my city Odessa. I am here and have not departed. We will defend our land. The Russians have destabilized the security of our homes and lands. pic.twitter.com/EyhWwnqrHq