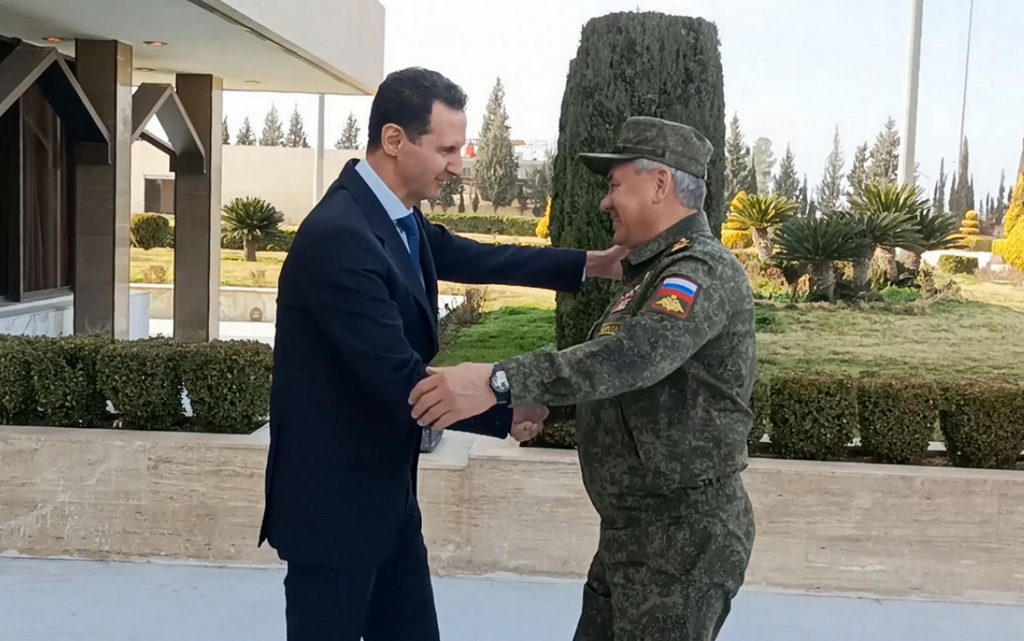 Yedioth Ahronoth newspaper reported that the IDF refused to carry out an attack on a target inside Syria during the visit of Russian Defense Minister Sergei Shoigu to Syria about 10 days ago.

The Israeli newspaper said that “the refusal to carry out the attack came for fear of embarrassing him (Shoigu) and Russia taking a position on the air force’s attacks and preventing the freedom of military action in Syria”.

Shoigu had arrived in Syria on February 15 to inspect the conduct of Russian naval maneuvers in the Mediterranean, according to a statement by the Defense Ministry.

For its part, Haaretz newspaper said that “Israel is trying to avoid any statements or actions that might upset Russia, to the extent that it asked senior defense officials not to comment publicly on the situation in Ukraine,” noting that “the main source of concern for the defense establishment is obstruction of Israeli relations”.

Russia is sensitive to Syria, where the IDF regularly operates against Iranian-backed forces, specifically Lebanese Hezbollah.

The newspaper stated that “in terms of military force, Israeli defense officials understand that Russia has the upper hand, but from an economic point of view, Russian President Vladimir Putin may end the war after being subjected to severe sanctions,” noting that “under these circumstances, Putin is likely to change his policy” regarding Israeli operations in Syria and elsewhere in the Middle East”.

The newspaper added, “In an attempt to restore his position, Putin can move to limit Israel’s ability to act against Iranian entrenchment within the framework of the deconfliction mechanism between Israel and Russia in Syria,” noting that “Israeli officials likely will decide that Russia will decide to transfer more advanced weapons to Syria and other countries. In the region, with the aim of generating revenues from large arms deals, while creating a new balance of terror in the face of Western military forces in the Middle East”.

“While there has been no change in Russia’s policy so far, senior officials say that may change in the near future,” noting that “Moscow’s statement about its assertion that it doesn’t recognize Israel’s sovereignty over the Golan Heights, could be a sign of This indicates an imminent shift in Putin’s approach to IDF activities in Syria”.