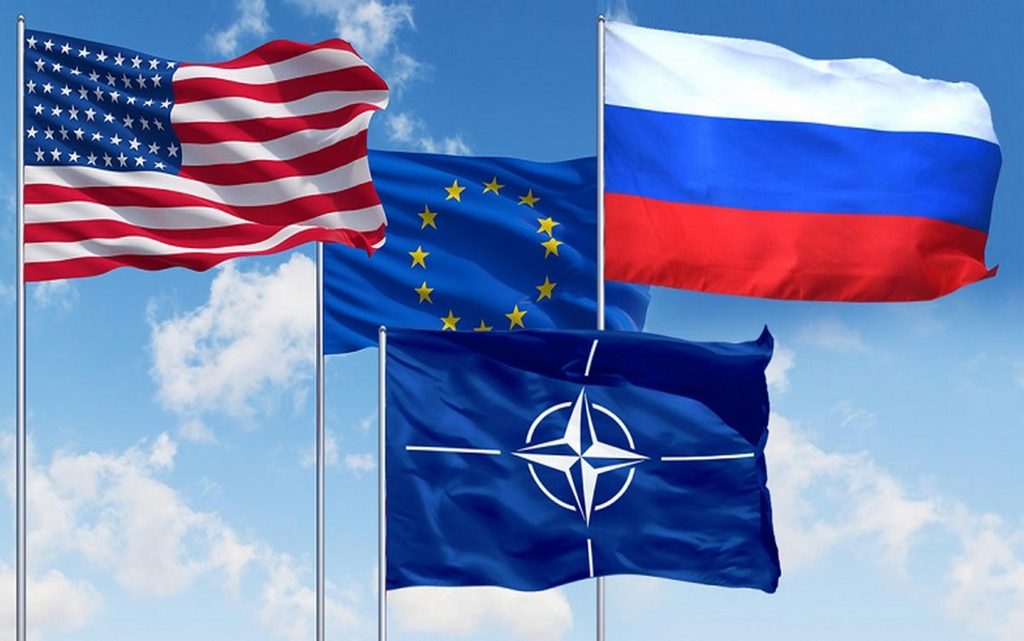 Western countries on Saturday adopted a new package of sanctions against Moscow in response to its invasion of Ukraine, including the exclusion of a number of Russian banks from the SWIFT banking system.

In a joint statement, the White House said the group of world powers “is intent on continuing to impose costs” on Moscow that “will further isolate Russia from the international financial system and our economies”.

In the joint statement, which also included the European Commission, France, Germany, Italy, the United Kingdom, and Canada, the White House said one of the key steps to doing so was to “ensure the removal of specific Russian banks from the SWIFT system”.

The SWIFT system allows banks to communicate quickly and securely with regard to transactions, and thus excluding Russia from it would paralyze its trade with most countries in the world.

A spokesman for the German government, which currently chairs the Forum of the Group of Seven major industrial countries, said that the new punitive steps include “all Russian banks that the international community has previously imposed sanctions on, and other banks if necessary”.

“This aims to isolate these institutions from international financial flows, which will greatly limit their global operations,” he added.

The joint statement said the allies also agreed to impose restrictive measures to prevent the Russian Central Bank from using its “international reserves in ways that undermine the impact of our sanctions”.

For his part, a senior US official said Saturday that Western sanctions that cut off many Russian banks from the global financial system and paralyze the Russian Central Bank are making Moscow a pariah and the ruble in a free fall.

“Russia has become an economic and financial pariah at the international level,” the official added, stressing that the Russian Central Bank “won’t be able to support the ruble”.

He added that Russian President Vladimir “only Putin can decide the size of the additional costs” that his country will bear, explaining that a working team has been formed that will pursue the Russian oligarchs and their “yachts, planes, luxury cars and luxury homes”.

Westerners also intend to strengthen coordination between them against misinformation and other forms of “hybrid warfare,” according to what was stated in the joint statement issued on Saturday.

The Kremlin has so far played down the impact of sanctions imposed by Western countries, including those targeting Putin personally, as a sign of impotence.

According to the European Union, sanctions currently cover about 70% of the Russian banking sector.

The Western allies also decided to restrict the Russian Central Bank’s market access in order to make it more difficult to prop up the ruble’s depreciating exchange rate since the start of the invasion of Ukraine.

European Commission President Ursula von der Leyen spoke of a desire to shell the assets of the Russian Central Bank.

The United States, France, Germany, Britain, Canada, Italy, and the European Commission “stressed their readiness to take further measures if Russia didn’t stop its offensive against Ukraine and, accordingly, against peace in Europe,” according to a German government spokesman.