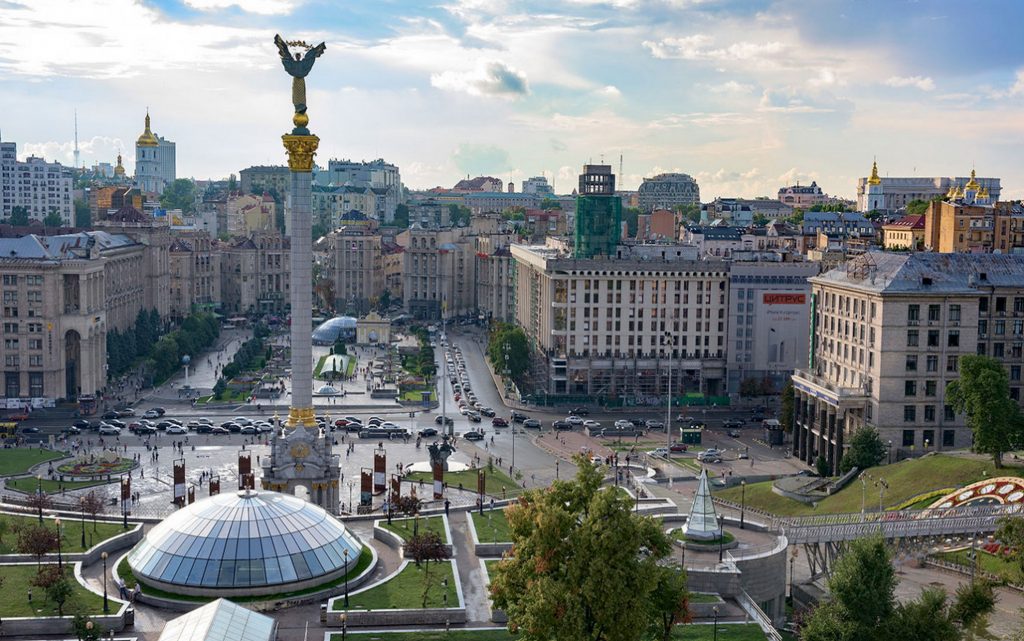 Ukrainian President Volodymyr Zelensky said, on Sunday, February 27, 2022, that Ukraine would establish a foreign “international” corps of volunteers from abroad.

“This will be the main evidence of your support for our country,” the Ukrainian president said in a statement.

This comes as the Russian army continues its advance towards the main Ukrainian cities.

On Sunday, a Ukrainian official announced that Russian forces had entered the center of the country’s second-largest city, Kharkiv, while Ukrainian forces were resisting in the outskirts of the capital, Kyiv.

While a research report revealed that the Russian attack on Ukraine mobilized European far-right militia leaders, as the Internet witnessed in the last two days a large wave of fundraising and recruiting fighters determined to travel to the fighting fronts in Ukraine, in order to confront the “Russian invaders”.

This came in a report issued by the SITE Intelligence Group, a private American organization specializing in tracking extremist groups, and published by The New York Times, Friday, February 25, 2022.

In its report, the research organization cited publications it collected from the circles of these militias and translated.

In recent days, it monitored advertisements published by right-wing militia leaders in France, Finland, and Ukraine urging their supporters to join them to fight in defense of Ukraine, in the face of the Russian attack.

The organization also reported that some of the right-wing mobilization forces focus their activism on support for the Azov Battalion, a group affiliated with the Ukrainian National Guard, which has attracted far-right fighters from around the world.

In an ad posted this week on the messaging app Telegram, shortly before Russia’s all-out attack on Ukraine, the leader of the Azov battalion’s political wing called for a “full mobilization” of the group and directed volunteers to the group’s online pathways.

Earlier this week, Ukrainian group Carpathian Sich posted donation information on its Telegram channel, seeking money from its followers via PayPal, or in cryptocurrencies such as Bitcoin and Ethereum.

The same ads appeared on many far-right websites in Finland and France, such as OC, which posted a pro-Ukrainian statement on its Telegram channel, stating in a later post: “Just as the Soviet Union was defeated, Putin will be defeated by aligning the French nationalists with the Ukrainian people”.

For her part, Rita Katz, director of the SITE Group, said that many groups of nationalists, neo-Nazis, white supremacists, and other far-right groups expressed solidarity with Ukraine and were quick to mobilize support for it, including inviting them to join paramilitary groups intending to participate in Russia fight.

Katz also mentioned that the most prominent motive for traveling to Ukraine among these groups is training in combat, and then there are ideological motives, because these extreme right-wing groups see the war on Russia as a war on communism, and attach themselves to memories of historical accounts of World War II and its atmosphere, and compare contemporary Russia and its president, Putin, in the former Soviet Union.

On the other hand, efforts to mobilize and publicly mobilize extremist right-wing groups may become problematic for the Ukrainian government, because Russia may use it as an excuse to support Russian President Vladimir Putin’s portrayal of Ukraine as a fascist state, or his assertion that he is waging war on the Nazis who control the government in Kyiv.