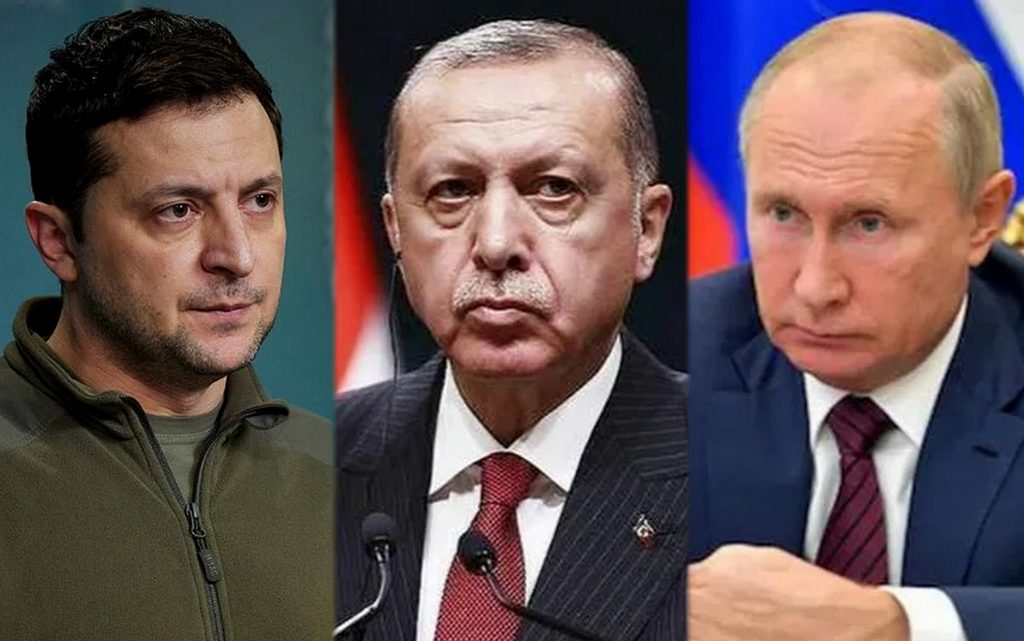 Turkish Foreign Minister Mevlut Cavusoglu called on his Russian counterpart Sergey Lavrov in a phone call on Saturday to end the military operation in Ukraine, a Turkish diplomatic source said, while Russia announced that it hadn’t received any notification.

An official from Turkey announced the closure of the Bosphorus and Dardanelles straits to Russian warships.

Turkey has repeatedly condemned the “unacceptable” Russian invasion of Ukraine.

Cavusoglu told Lavrov that a new escalation of military tension would not benefit anyone, according to the Turkish diplomatic source, who did not reveal his identity.

Turkish President Recep Tayyip Erdogan offered his condolences to those killed in the Russian attack on Ukraine and wished a speedy recovery to the wounded during a phone conversation with his Ukrainian counterpart Volodymyr Zelensky.

Erdogan announced that Turkey is making efforts to declare an immediate ceasefire “to avoid further loss of life”.

Turkey offered to be a mediator to try to avoid a conflict between Moscow and Kyiv.

Cavusoglu reiterated “Turkey’s readiness to host possible negotiations between the Russian Federation and Ukraine,” according to the diplomatic source.

Turkey is trying to achieve a balance in its positions between Russia and Ukraine, with which each has friendly relations.

Turkey is an ally of Ukraine and has sold it, especially unmanned aircraft, and depends heavily on Russia, from which it bought an air defense system, as well as gas and grain.

On Friday, the Council of Europe decided to “suspend” any participation of Russian diplomats and delegates in the most prominent bodies of this European organization “with immediate effect” in response to the “armed attack” on Ukraine.

However, on Friday, Turkey “abstained” from voting to suspend Russia’s membership in most of the Council of Europe bodies in response to its invasion of Ukraine, in order not to “cut off the dialogue” with it, according to Cavusoglu.

In turn, a well-informed Turkish official told Reuters today, Saturday, that his country had not taken a decision to close the Dardanelles and Bosphorus straits to Russian ships.

Earlier, Ukrainian President Volodymyr Zelensky thanked President Recep Tayyip Erdogan for the humanitarian and military support, saying that “the ban on the passage of Russian warships into the Black Sea” is very important for his country.