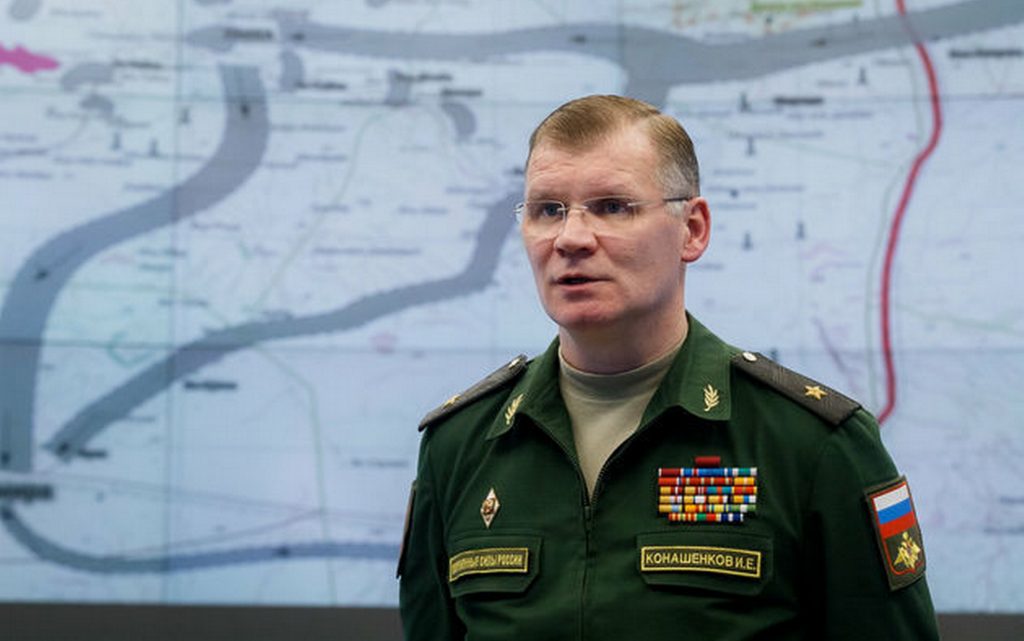 The Russian Defense Ministry announced that it had ordered the forces to expand their advance on all axes in Ukraine after Kyiv refused to negotiate with Russia.

“Friday, after the Kyiv regime announced its readiness for negotiations, active operations in the main directions were suspended… After the Ukrainian side abandoned negotiations, today all our formations were ordered to expand their advance in all directions in accordance with the established military plan,” the ministry statement said.

The statement continued, “Groups of the forces of the Donetsk and Lugansk Republic, with the fire support of the Russian armed forces, are developing a successful attack on the positions of the Ukrainian forces”.

The ministry statement pointed out that the Ukrainian nationalist battalion extremists groups use four-wheel-drive vehicles equipped with heavy-caliber weapons or mortars, and this tactic was used by international terrorists in Syria.

Despite his offensive attempts, today Lugansk’s forces have extended their advance to a depth of 46 km, having entered the towns of Muradova and Chaste.

Donetsk forces also advanced in the direction of Petrovsky at a depth of another 10 km and entered Starognatovka, Aktyabrskaya, and Pavlopol.

The statement explained that the involvement of the civilian population of Ukraine in hostilities with nationalist extremists will inevitably lead to accidents and casualties.

The Russian Defense Ministry called on the Ukrainian people to be wise and not “to succumb to the provocations of the Kiev regime and expose themselves and their loved ones to unnecessary suffering”.

On the other hand, the ministry statement pointed out that, according to intelligence data, Ukrainian nationalits continue to deploy missiles and artillery in residential areas of Kyiv and other Ukrainian cities, which could lead to serious consequences.

The ministry reiterated that the Russian armed forces don’t launch any strikes on residential areas in Ukraine.