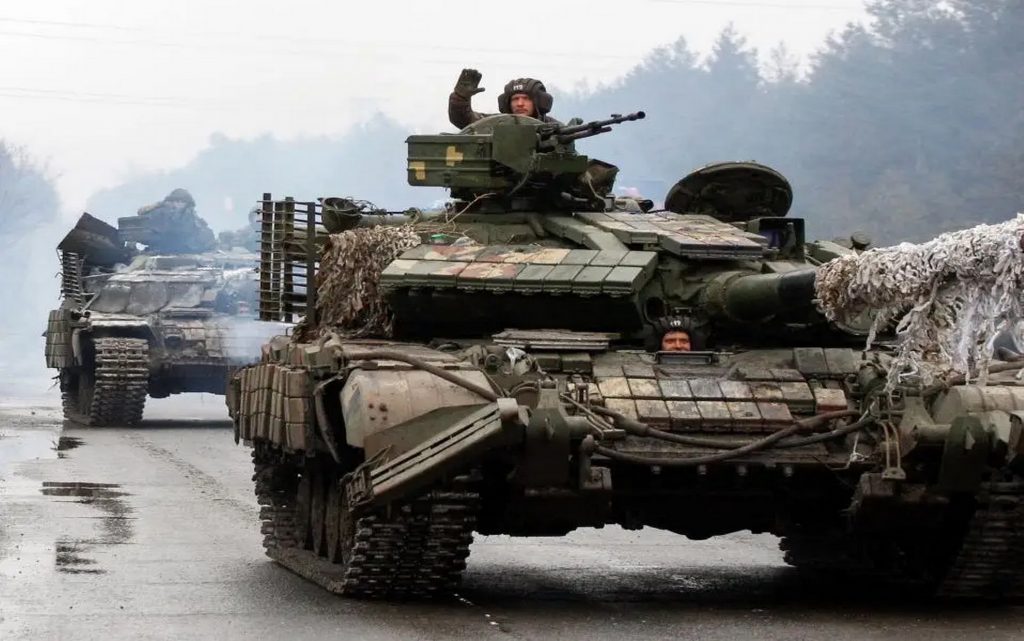 A senior official in the US Department of Defense confirmed on Saturday that the Russian forces are facing an unexpected solid resistance from Ukrainian soldiers, which is slowing down their progress and a source of frustration, preventing them from entering Kyiv so far.

The official, who spoke on condition of anonymity, indicated that the United States and its Western allies are still able to deliver weapons to Ukraine in support of the army, and stressed that Washington plans to send additional shipments in the coming days to help the Ukrainians confront Russian ground forces and attacks from the air.

According to the information of the Pentagon, half of the Russian forces are located inside Ukraine.

But the official assured reporters that the forces are making slow progress in their planned advance on three fronts due to unexpected heavy resistance.

“We’ve indications that the Russians are increasingly frustrated with their lack of momentum over the past 24 hours, particularly in the northern parts of Ukraine,” the official said.

Moscow’s Defense Ministry said on Saturday that the Russian military had been ordered to expand its offensive after Kyiv rejected an offer to hold talks in Kremlin ally Belarus.

“Today, orders were given to all units to expand the advance from all directions in accordance with the plans of the operation,” said Russian military spokesman Igor Konashenkov.

The Pentagon believes that the Russian invasion, using a force of more than 150,000 troops, heavy armor, and rocket-propelled grenades, has not progressed as quickly as hoped since it began before dawn Thursday.

As of early Saturday, Washington time, the Russian military had not captured any Ukrainian city, and hadn’t gained air superiority over the country, the US official said.

“Ukrainian air defenses, including aircraft, are still operating and continue to engage and prevent the arrival of Russian aircraft in places over the country,” the official said.

He stated that the bulk of the Russian forces remained 30 kilometers outside Kyiv, stressing that the situation on the battlefield is actively changing.

The Ukrainian army said Saturday that it had repelled a Russian attack on the capital, but was fighting Russian “subversive groups” that had infiltrated the city.

The US official explained that the Ukrainian resistance is still “capable of continuing,” noting that the Western allies are still able to provide the Ukrainians with weapons and other supplies despite the Russian attack.

“The Russians were frustrated because…a very determined resistance slowed them down,” he added.

“Based on what we have observed, this resistance is greater than what the Russians expected,” the official said.

The Russians were more successful in the axes from the Crimea and the Black Sea in the south.

“But in the north, the resistance was the strongest,” the official said…There is still heavy fighting in and around Kharkiv” as well as north of Kyiv.

US Secretary of State Antony Blinken announced Saturday that Washington will provide additional military equipment worth $350 million to Ukrainian forces.

“This package will include more lethal defense assistance to help Ukraine confront the armor, air, and other threats it now faces,” he said in a statement.

The US defense official explained that the new weapons will include more portable Javelin anti-tank missiles and other equipment, without going into details.

He declined to answer whether the assistance would include anti-aircraft weapons.

“They received security assistance from us over the past two days,” the official said.