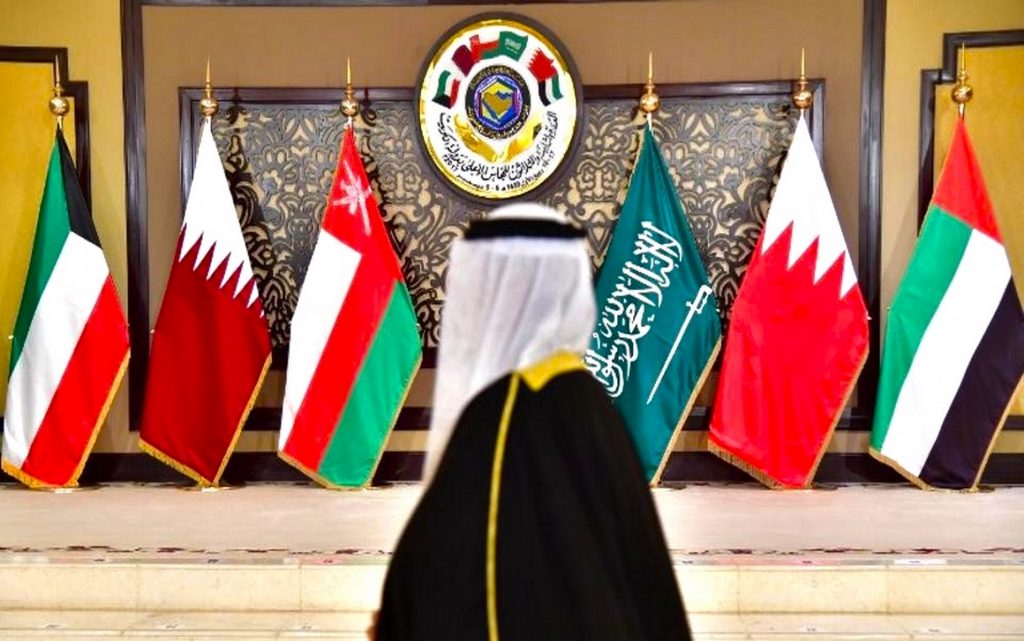 The Independent newspaper published an article by its correspondent Bill True about the possibility of the Gulf countries benefiting from the recent developments in the Ukrainian arena in terms of oil exports.

The report believes that the sanctions imposed by world leaders on Russia after its invasion of Ukraine including the energy sector could benefit the Gulf countries.

Germany has taken the most prominent step so far, stopping the approval of the $ 11 billion Nord Stream 2 gas pipeline project from Russia, “which was to ease pressure on European consumers who face record-high prices,” according to the report.

Trou pointed out that “other countries were reluctant, so that sanctions on the energy sector in Russia, the second-largest oil producer in the world, and a country responsible for 40% of Europe’s imports of natural gas, or even Russia itself turning off the taps, would be a double weapon”.

“This could have a devastating impact on the global economy at a time when prices are at their highest levels in several years”.

That would likely mean the world will depend on other oil and gas producing countries to pump more supplies to help keep prices low or, in a worst-case scenario, to fill the immediate shortfall if Russia cuts supplies.

The writer considered that “this is where the Gulf states can exploit the Ukraine crisis to their advantage, and perhaps become one of the big winners in this war”.

True, Washington sent the White House coordinator for the Middle East and North Africa, Brett McGurk, to Saudi Arabia and the United Arab Emirates, to discuss the Gulf’s ability to pump more oil, among other issues.

Riyadh rejected this and instead adhered to the five-year OPEC + production agreement that includes Russia, prompting accusations in the US media that it is colluding with Moscow.

Here the writer explained that Saudi Arabia “could benefit from this need in the future”.

The Kingdom of Saudi Arabia accepted US requests in the past: in 2018, Saudi Arabia responded to Donald Trump’s call to increase oil production to enhance market stability, and later to reduce production.

What could turn this on its head is Washington’s concern about oil prices and the possibility of Russia cutting supplies, even though the Kremlin has made clear it does not want to do so, the report said.

“The Saudis could ask for the kind of comprehensive missile package that they need to restock or get more green light on Yemen,” Craig added.

It would be foolish not to do that when they are in the driver’s seat”.

On the other hand, the report indicated that Iran, which is in the final stages of fierce negotiations with the United States to return to the new nuclear agreement, “wants the ability to sell its oil without hindrances and return to the level of 2.5 million barrels per day that it issued before Trump’s sanctions”.

Iranian crude exports dwindled to 700,000 barrels per day in January.

The report quoted Karen E Young, director of the Economics and Energy Program at the Middle East Institute, as saying that “the need for more oil in the market and a guaranteed supply line provides Tehran with significant negotiating power as work is underway on the final details of the JCPOA”.

“A lot of Iranian oil is already on the market through other means, but maybe they can get to 3.5 million barrels… They have a little influence there”.

Young also referred to Qatar, the world’s largest LNG producer, which is now in high demand.

On Tuesday, Qatari Energy Minister Saad al Kaabi said that “neither Qatar nor any other country has the ability to completely replace Russian gas supplies to Europe – in the event of the worst – given that it is responsible for about half of what the continent needs”.

The report indicated that the Qatari storage units are “currently restricted to long-term contracts with mostly Asian buyers”.

But Kaabi said on Tuesday that up to 15% could be transferred to Europe.

“While this won’t be enough to bridge the gap left by Russia, it will be a powerful card that Doha can use to secure Western support and influence in the region, as it emerges from a four-year Saudi-led blockade,” the report said.

The article concluded, “Perhaps the Gulf oil and gas producing countries will be the winners in this chaotic war”.