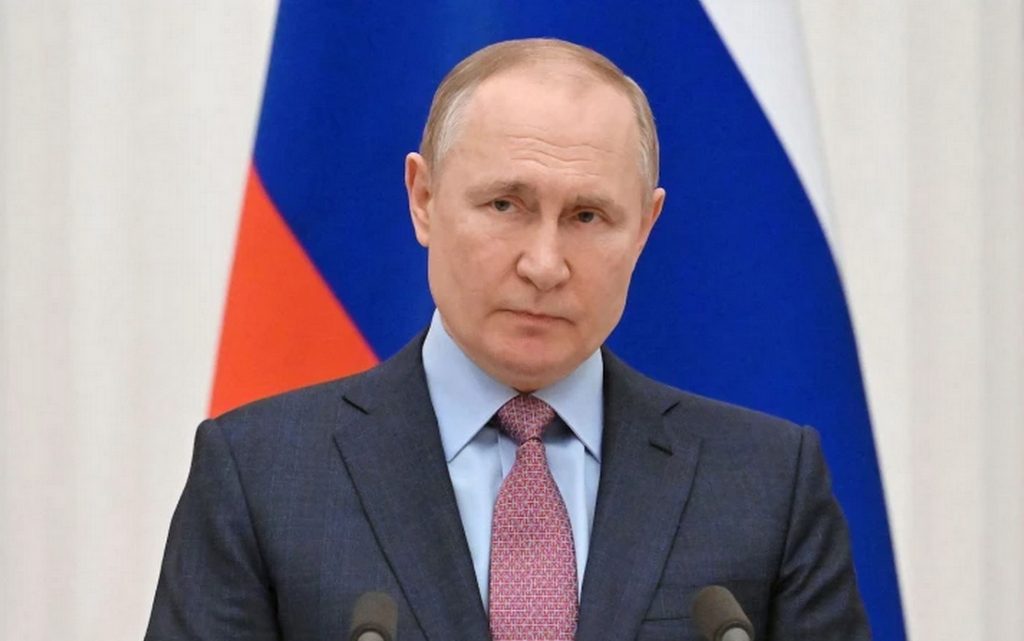 The Guardian newspaper published an opinion piece signed by Jonathan Friedland on the Russian invasion of Ukraine.

The Friedland saw that Russian President Vladimir Putin’s justification for the invasion “was based on lies”.

He explained that Putin “claimed that Moscow had to launch the invasion to save Russian separatists in eastern Ukraine from a threat of genocide that did not exist”.

He noted that Putin’s declaration that he would save Ukraine “from neo-Nazis” was “a strange way to describe a country whose president and prime minister are both Jews and both democrats”.

Friedland said Putin’s objection “wasn’t just an objection to NATO expansion, it was something more fundamental”.

“Putin argued that Ukraine wasn’t a proper state, implying that only one state was real and legitimate among the states born out of the collapsed Soviet Union,” he explained.

At the same time, the writer said that Ukrainian President Volodymyr Zelensky identified in his speech the principle at stake, which is international law and the right to decide your future.

The report saw this situation as a choice: “Do we want to live in the world described by Zelensky, where democratic states are protected by an international system of rules, however, flawed and inconsistent that system maybe?

Or do we want to live in Putin’s world, governed by the law of the jungle and where the only right is might”?

“We think we know which side we are on,” he said.

We want to stand with these miserable children, clutching their coloring books as they sleep in the Kyiv subway station.

We tell ourselves that we stand with them and against Putin and his aggressive war”.

On the contrary, he has acted according to it at least three times in the past fifteen years, paying a small price each time”.

He explained, “He seized a large part of Georgia in 2008 and Ukraine in 2014, and adopted the Assad regime’s murderous war against the Syrian people”.

He referred to Russian dissident Garry Kasparov’s regret “for the amnesia that has afflicted the West”.

He pointed to the Western boos that welcomed his annexation of Crimea: how, just four years later, Russia hosted the soccer World Cup.

There was no strengthening of the defenses of the Ukrainians so that they could protect themselves from this moment.

There was no liquidation of the money of the oligarchs from London grad.

Putin understood the signal: it was the green light”.

“What do we propose to prevent him now, even as he invades his neighbor’s country?” he added.

Recent rounds of economic sanctions hardly hold him back, not when Moscow has friends, starting with China, ready to soften the blow.

But even if the measures are stronger, there is no guarantee that they will work”.

If confronting Putin economically is ineffective, confronting him militarily is hardly reasonable or palatable, the Guardian report said.

The Russian dictator was doing his best to remind the West that his country is a strong nuclear state”.

“Analysts say that Putin doesn’t see Russia’s nuclear capability as a theory: it is integrated into his military strategy.

No one would want to clash with such a man, not least because he seems to be drifting away from stable rationality.

The modest options — perhaps imposing a no-fly zone over Ukraine — seem to face the same problems: it means that NATO is at war with Russia”.

He concluded, “We can hope for a palace coup against the tsar.

We can express our solidarity and admiration for these Russian anti-war protesters brave enough to take to the streets, in the hope that they somehow overthrow the tyrannical rule that is destroying so many lives.

But these are nothing more than desires.

The bleakest possibility is that Putin understands something about the twenty-first century that few of us want to face: that this is an era of impunity, especially for those who have a huge and deadly arsenal but who have no shame”.