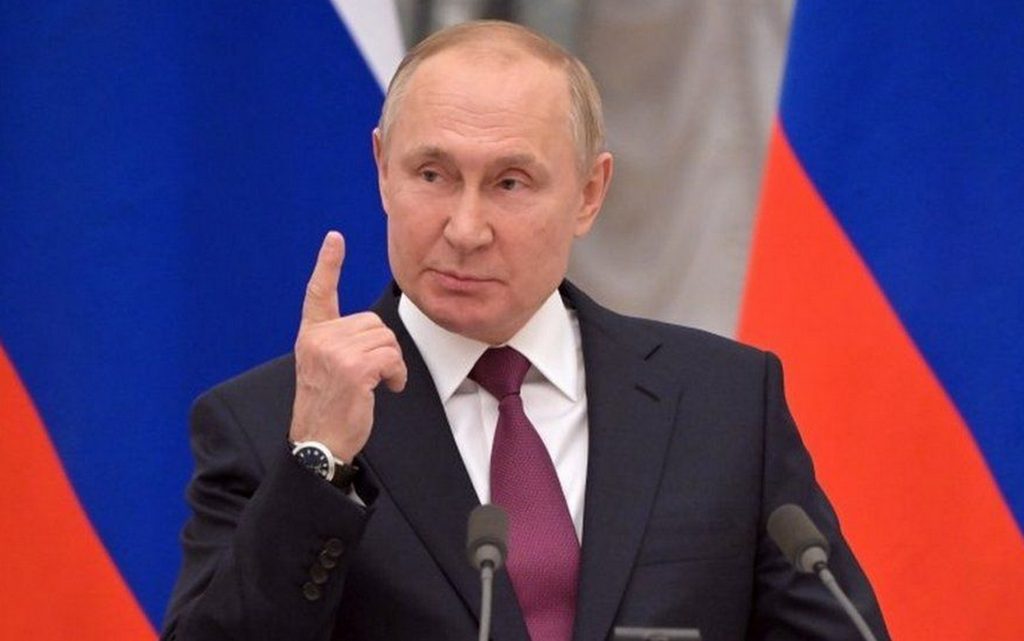 Russia entered the war prepared and aware of all possibilities, and it seems that the Russians welcome the “rough play”, as observers describe.

This is because it responds to all Western steps with a greater escalation, especially after it threatened to confiscate the funds of its foreign individuals and companies, in response to the confiscation of the funds of its citizens or companies abroad.

In this regard, the Russian Information Agency quoted Deputy Chairman of the National Security Council Dmitry Medvedev as saying that Moscow does not rule out nationalizing the assets of companies registered in the United States, the European Union, and other unfriendly countries.

Western countries, in their strategy to punish Russia for its invasion of Ukrainian territory, focus on the financial sector, imposing direct sanctions on it, in addition to freezing the assets of President Vladimir Putin and Foreign Minister Sergei Lavrov.

The European Union and the United Kingdom announced the freezing of the assets of “Putin” and “Lavrov”, and the White House confirmed, on Friday, that the United States would follow the example of its allies and impose sanctions on the Russian President and his Foreign Minister, including preventing them from entering its territory.

The European Union included on its blacklist members of the Russian House of Representatives (Duma), and 26 Russian businessmen.

The sanctions oblige European banks to refuse any financial deposits from Russian citizens worth more than 100,000 euros.

For its part, Canada announced that it will impose sanctions on “58 Russian individuals and entities”, including “people of the Russian elite”, “large Russian banks” and “members of the Russian National Security Council”, provided that these sanctions include “Putin and” Lavrov”.

Japan announced the “asset freeze and suspension of entry visas to Russian persons and organizations,” in addition to freezing the assets of Russian financial institutions.

Australia specifically targets Russian financiers and all members of the Duma and is preparing to impose sanctions on Putin and Lavrov.

Washington and London’s sanctions focused on a number of Russian banks, most notably VTB, which announced that its customers’ use of Visa and MasterCard cards issued by it had become “impossible”.

The most recent development in this context was Russia’s ban on the massive international transfer system “SWIFT”.

According to Ukrainian President Volodymyr Zelensky, the announced sanctions so far remain below what is required, which is why he called on Twitter to “increase pressure on Russia”.

For his part, lawyer Le Viscont considered that the sanctions so far are “not weak and not strong”, and are the fruit of a compromise that allows Western countries to hurt Russia, without at the same time harming its own interests.

It is estimated that Russia’s hard currency reserves amounted to $640 billion on February 18, about double what it was in 2014, with the start of tension between Moscow and the West over Ukraine.

It is estimated that the assets of the Russian sovereign fund amount to 175 billion dollars, which could allow Moscow to finance strategic companies, which are owned in large part by the state.

It is inevitable to admit that many European banks have branches or subsidiaries in Russia, most notably the French Societe Generale, the Italian UniCredit, and the Austrian Renovation Bank International.

“Le Viscont” explained that these banks “don’t yet face legal consequences”, but that they “will operate in a country where the value of the local currency (the ruble) will depreciate and face the risk of a sharp increase in inflation”.

And it will have to dispense with some of its clients in the event that their assets are frozen.

Société Générale and UniCredit, through a spokesperson for each of them, confirmed to an international news agency that they are closely following the situation, stressing that their activity in Russia constitutes a small percentage of their total business.

Revision Bank International said that its branches in Russia and Ukraine have enough capital and “are self-financing”.

But if Russia wants to take retaliatory measures, the goals are very clear before it.

As for the ban on the international system of remittances “Swift”, it opens the door to one of two options, either the Russians can dispense with it and this will be a painful blow to the Western financial centralization, or this will constitute a great pressure on the Russian government and it will have to lose some of the papers in its hand.