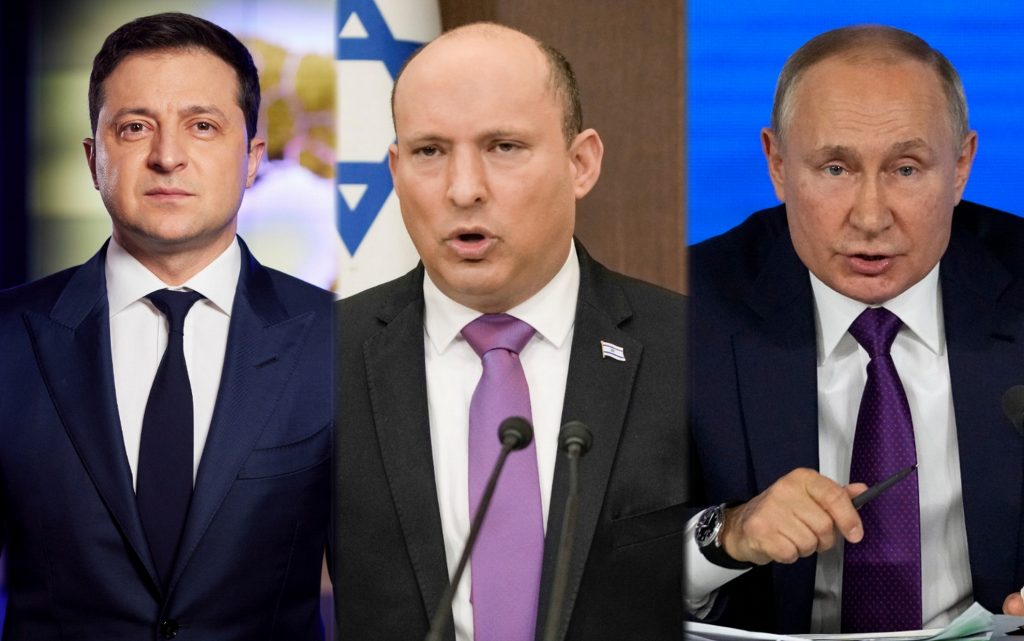 And a statement published by the Kremlin, earlier on Sunday, said: “The Prime Minister of Israel in a conversation with Putin offers Israeli mediation to suspend hostilities in Ukraine”.

The statement added: “Putin briefed Bennett on the details of the special operation to protect Donbass, and Putin stressed that Russia was ready to hold talks in Belarusian Gomel and that Kyiv didn’t seize the opportunity”.

On Sunday, The Israeli media revealed the Ukrainian parliament’s request to its Israeli counterpart to promote the initiative to hold a Russian-Ukrainian summit in Tel Aviv.

The Israeli Channel 7 reported, on Sunday morning, that the Speaker of the Verkhovna Rada of Ukraine, Ruslan Stevanchuk, had called his Israeli counterpart, Speaker of the Knesset, Mickey Levy, asking him to work on hosting a Russian-Ukrainian summit to end the conflict in Ukraine.