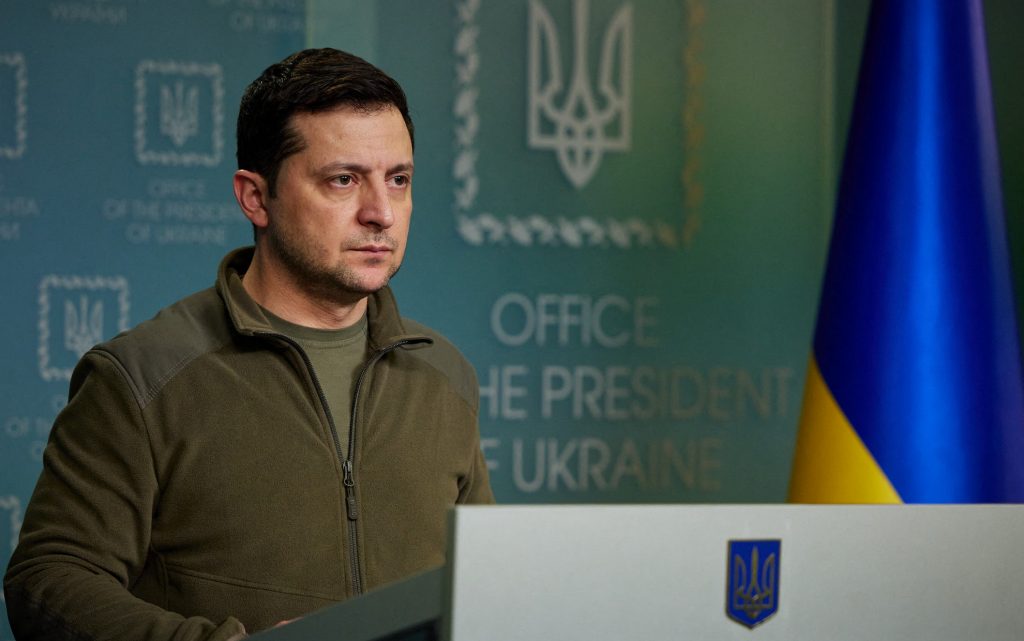 Ukrainian President Volodymyr Zelensky expressed his regret Friday that Kyiv was “left alone” in the face of the Russian army, which began the invasion of his country Thursday, stressing that he will not leave the capital.

“We are left alone to defend our country,” Zelensky said in a video speech posted to the Ukrainian presidency’s account.

“Who is ready to fight with us? I don’t see anyone”.

The Ukrainian president stressed that he will remain in the capital”.

I will stay in the capital,” he said… My family is also in Ukraine.

According to the information we have, the enemy has identified me as Target No. 1. My family is Target No. 2”.

“Who is ready to guarantee Ukraine’s membership in NATO?

Everyone is afraid,” while the alliance indicated that it would not send troops to support Ukraine.

Zelensky also announced that at least 137 Ukrainians were killed Thursday, the first day of the Russian invasion of his country.

He said that “137 heroes of our compatriots” were killed in the Russian invasion and 316 others were wounded in the battles.

“On our island of Zmini, all our border guards died as heroes, defending themselves to the end… But they didn’t give up”.

Zelensky indicated that Russian forces infiltrated Kyiv a day after the start of the Russian invasion of his country.

“We’ve received information about the entry of enemy subversive groups into Kyiv,” he said, calling on residents to be vigilant and to abide by a curfew at a time when battles are taking place in the north of the capital.