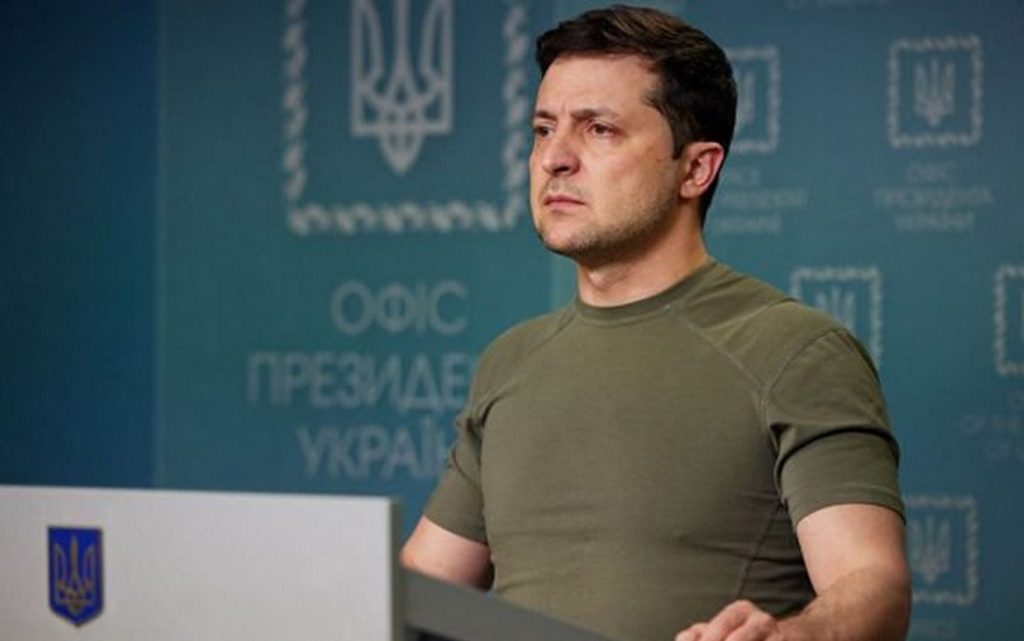 The Ukrainian President Volodymyr Zelensky said they are alone in defending their homeland, while the world’s most powerful countries are watching.

In a speech addressed to the Ukrainian people, on Friday, Zelensky said: “We defend our homeland alone, the most powerful countries in the world are satisfied with watching from afar.

We see it in our skies and land as insufficient”.

He pointed out that the Russian forces do not differentiate in their attacks between civilian and military targets.

He pointed out that Russia is seeking, through its attacks, to impose pressure on the Ukrainian people and state.

He indicated that he discussed this issue with his Polish counterpart Andrzej Duda, saying: “We need defensive assistance, in order to pressure the aggressors and impose sanctions on them… We’ve applied to join the Bucharest Nine Organization… We need to form an anti-war coalition”.

The Bucharest Organization Nine (Bucharest Coordination) was established on November 4, 2015, in the Romanian capital Bucharest after Russia annexed the Ukrainian Crimea.

At dawn on Thursday, Russia launched a military operation in Ukraine, which was followed by angry reactions from several countries in the world and calls for tougher sanctions against Moscow.