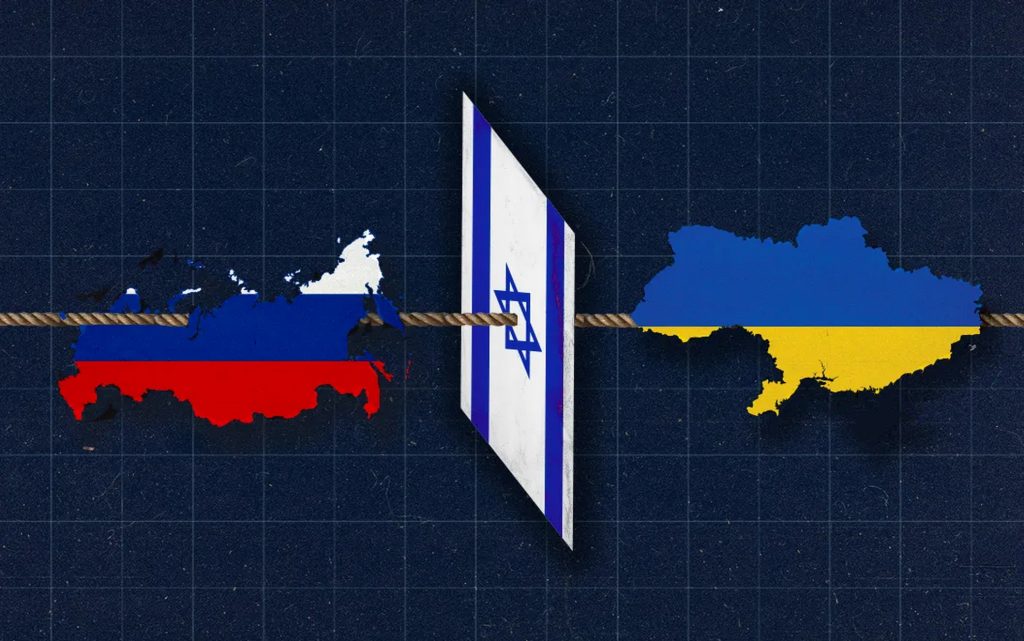 The Israeli newspaper reported in a report that “Lapid, under a Western cover, clearly condemned the Russian operation.

However, Bennett was wary of bringing Israel into an unwinnable conflict and said that this war is not the state’s business,” noting that “this difference revealed the dangers that Israel faces with the outbreak of war again on the European continent: standing by the Western spirit that Israel has embraced since its inception, or attention to the Russian giant looming on Israel’s doorstep, in Syria”.

“Lapid, who leads the Yesh Atid party (There is a Future), embodies the left-leaning secular Zionism that shaped Israel from its founding until the 1970s.

In that era, Israel considered itself an equal among the countries of the world, eager to deal with the crises and victories of the world order, just like any other country”.

According to the newspaper, “Bennett, who leads the Yamina party (the right-wing), represents the religious and national Zionism that has prevailed over the past forty-five years, and he sees that Israel’s role is above all to protect the Jews, even if the price is to alienate the allies”.

The newspaper quoted Scott Lasinsky, an official in the US State Department under former President Barack Obama and now a professor of Israel studies at the University of Maryland, as saying that “Israelis tend to look at Putin kindly because of his anti-Semitism and friendliness towards Jews,” noting that “Russia allows Israelis to travel there without a visa, which the United States doesn’t allow”.