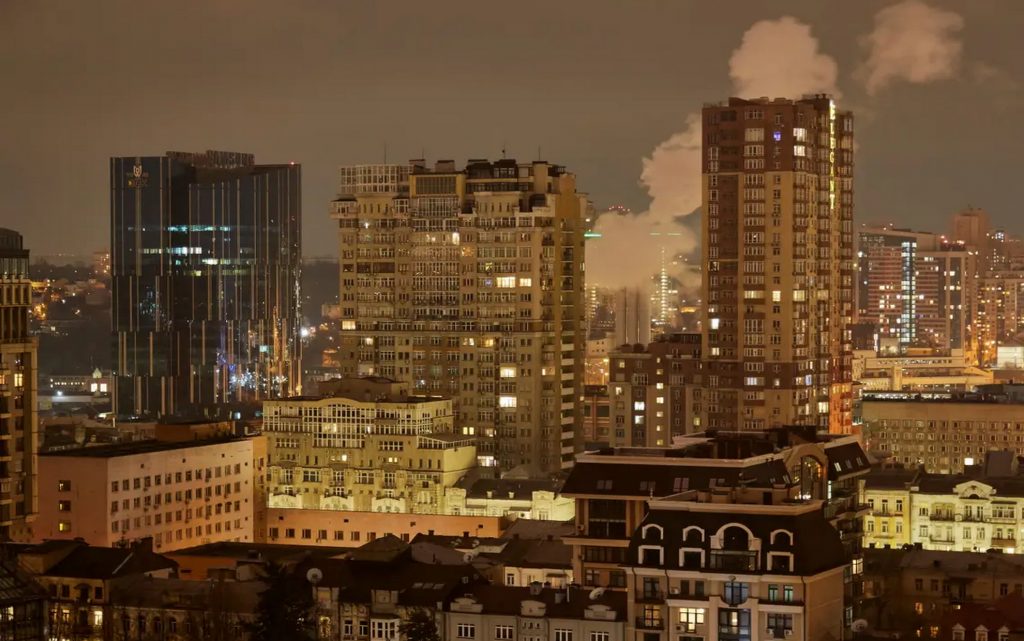 Ukrainian Foreign Minister Dmytro Kuleba has described Russia as being like “Nazi Germany” after targeting the capital, Kyiv, with missiles.

Kuleba indicated in a tweet on Twitter Friday, that the capital, Kyiv, was subjected to frightening missile attacks.

“The last time Kyiv experienced such a situation was in 1941 when it was attacked by Nazi Germany,” he said.

And he added, “Ukraine defeated that devil and it will defeat this as well,” calling on the international community to stop the Russian attack and isolate it internationally.

Earlier, an explosion was heard at 06:17 local time, and at 06:42 a series of explosions were heard.

A Ukrainian official said, in statements to local media, that some houses were damaged and 8 civilians were injured as a result of Russian army missiles.

In turn, Ukrainian President Volodymyr Zelensky said on Friday that the continuation of Russian aggression against his country shows that the sanctions imposed by the West on Moscow aren’t enough.

Zelensky added that the world continues to watch what is happening in Ukraine from afar.

French President Emmanuel Macron said on Friday that his Russian counterpart, Vladimir Putin, was disingenuous during his talks with him, discussing details of the Minsk agreements over the phone as he prepared to invade Ukraine.

“Yes, there was deception, yes there was a deliberate and conscious choice to go to war while we were negotiating peace,” Macron told reporters after an EU summit where he said France would add its own sanctions to the EU’s sanctions package.

At dawn on Thursday, Russia launched a military operation in Ukraine, which was followed by angry global reactions and calls for tougher sanctions against Moscow.