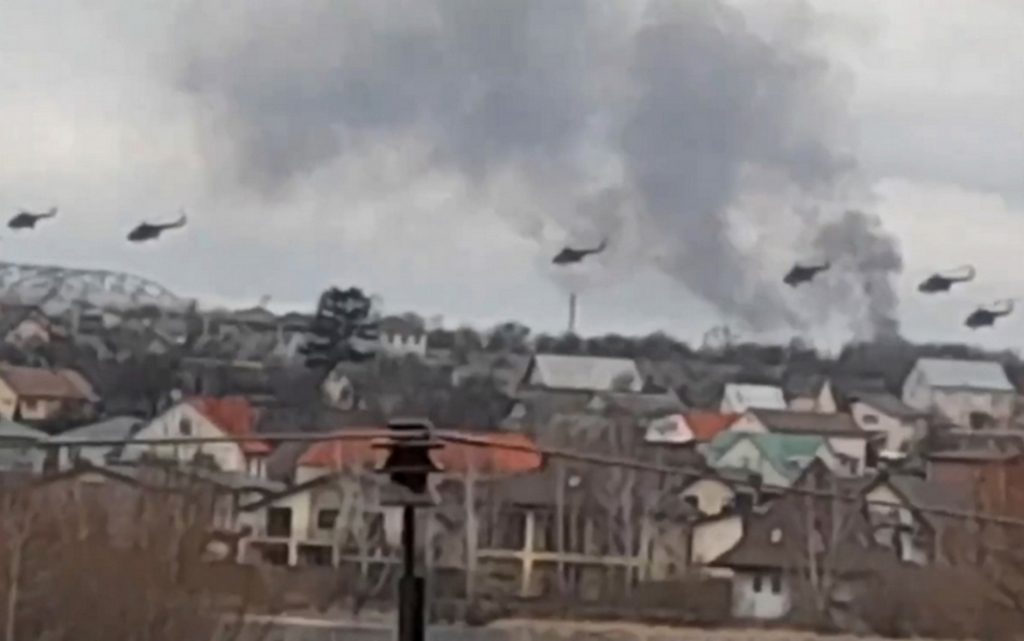 The “Bloomberg” news network said, Thursday evening, that the Ukrainian capital, Kyiv, may fall within hours, with the destruction of air defenses.

Prior to that, US officials told Newsweek that they expected the Ukrainian capital, Kyiv, to fall to incoming Russian forces within days and that the country’s resistance would be effectively neutralized shortly thereafter.

The officials, who spoke on condition of anonymity, said Moscow’s focus, as indicated by Russian President Vladimir Putin’s signals, would be to encircle Ukrainian forces and force them to surrender or destroy them.

They expected Kyiv to be captured within 96 hours, and the Ukrainian leadership to fall in about a week.

Russian attacks on the Ukrainian government and military institutions, combined with ground offensives to seize strategic points, appear to be only the first stage of what may be a more comprehensive ground campaign.

A former senior US intelligence officer, who has extensive experience in dealing with Russia, expressed his predictions for the invasion scenario.

“After the aerial and artillery bombardments are over and the ground war really begins, I think Kyiv will fall in just a few days,” the senior US intelligence officer told Newsweek.

The Ukrainian army may hold out a little longer, but that won’t last long”.

A source close to the government of Ukrainian President Volodymyr Zelensky, who also asked not to be named, agreed with the US assessment that Kyiv could be besieged within 96 hours, but they don’t believe the Ukrainian president’s government will collapse.