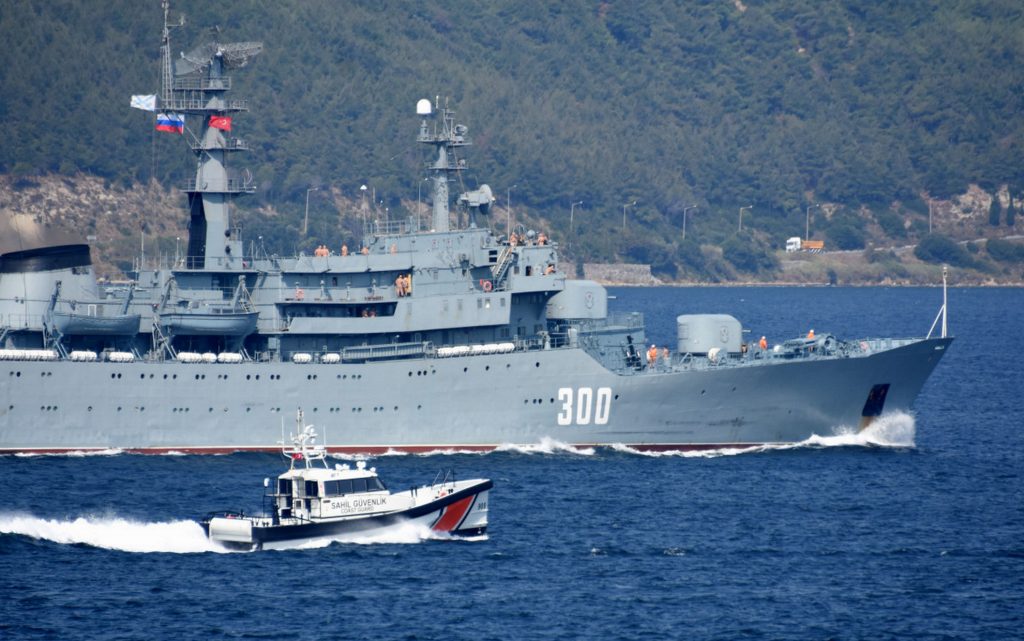 Turkish Foreign Minister Mevlut Cavusoglu announced on Friday, that Turkey “may close the Bosporus and Dardanelles straits for the passage of warships,” but even in this case, Russia will have “the right to use them to return the fleet to the base”.

The Hurriyet newspaper quoted the Foreign Minister as saying that Ukraine had formally requested “the closure of the strait to the passage of Russian warships, and the provisions of the Montreux Convention are very clear and precise”.

He continued, “Until today, Turkey hasn’t hesitated to comply with the Montreux Convention… A war in which Turkey is not a party may take action against the countries participating in it… Turkey can restrict the passage of warships through the straits”.

He pointed out that the Montreux Convention also stipulates that the ships of the countries participating in the war “can return to their bases”.

What is the Montreux Convention?

The Montreux Treaty entered into force in 1936, with the aim of regulating the movement of warships and merchants through the Turkish Straits to the Black Sea, as well as regulating the period of their stay in this sea.

It includes the ships of the countries bordering the Black Sea (Ukraine, Russia, Georgia, Turkey, Bulgaria, and Romania), in addition to the countries not bordering on it.

After the end of the Cold War and the disintegration of the Soviet Union, the agreement witnessed a major transformation due to the change in the balance of power in the Black Sea and a change in the tendencies of some countries bordering it towards the West and the accession of Bulgaria and Romania to NATO, which made Washington pressure to make the terms of the agreement more flexible for the movement of Its warships to and from the Black Sea.

The terms of the agreement are not limited to determining the number and types of warships and merchants that will pass through the Turkish straits, but also include the weight of the cargo of those ships as well.

The agreement obliges the Black Sea countries to inform Turkey in advance about the passage of its submarines through the straits and makes their transit conditional on appearing on the surface of the water during the day.

Ukraine asked Ankara to help and close the Dardanelles.

On Thursday, the Ukrainian government demanded that Turkey close the Bosporus and Dardanelles straits and airspace to Russia, against the backdrop of Moscow’s launch of a military operation in Ukraine.

In a press statement in front of the Kyiv embassy in Ankara, the Ukrainian ambassador to Ankara, Vasily Bodnar, addressed the Turkish administration “asking for Ukraine’s assistance.

We demand the closure of the Dardanelles; we want to impose sanctions on the Russian side and freeze the assets of the Russians here”.

On Thursday morning, Russian President Vladimir Putin announced the launch of a special military operation in Donbas, which later expanded to include other regions in Ukraine, including the capital, Kyiv.