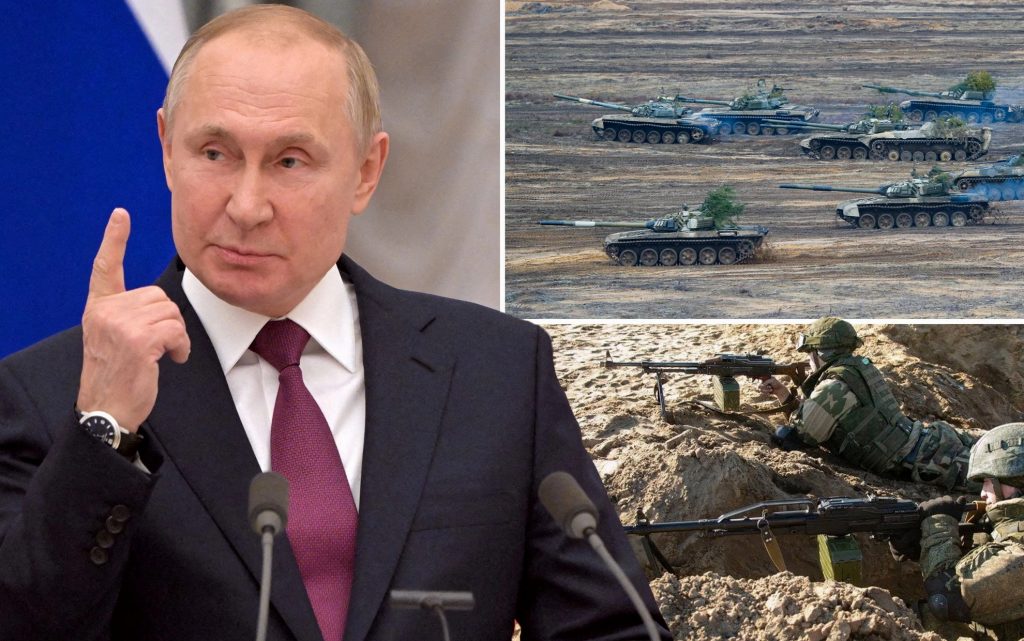 By declaring Moscow’s recognition of the independence of the breakaway regions of Lugansk and Donetsk in eastern Ukraine and ordering Russian forces to enter these regions “to keep the peace”, Russian President Vladimir Putin baffled analysts and made them wonder if the Kremlin was preparing for a broader incursion.

Analysts are divided over Russia’s Ukraine strategy, with some believing that a broader invasion is still on the table, others expect Putin to maintain the new status quo, at least for the time being.

In a fiery speech, which the French presidency said was overshadowed by “paranoia”, Putin questioned Ukraine’s right to establish a state and challenged the legitimacy of its government, even going so far as to accuse Kyiv of seeking to acquire a nuclear bomb.

While Putin included in his speech a long historical narrative, he contented himself with recognizing the independence of the two separatist regions, but he issued a firm warning to the Ukrainian government, which he held “fully responsible” for any bloodshed.

Below, AFP takes a look at the future scenarios that Russia may be preparing for Ukraine:

Scenario 1: All-out invasion
In recent weeks, the United Kingdom and the United States have indicated intelligence reports that Russia is planning a full-scale invasion of Ukraine and will seek to seize its capital, Kyiv.

The United States has evacuated its diplomats from the country, while British Prime Minister Boris Johnson said Putin was “looking for a pretext for an all-out offensive”.

Russia has mobilized for weeks about 150,000 soldiers on the border with Ukraine, which leads some analysts to doubt that Putin will go ahead with this large-scale mobilization just to recognize the independence of two regions controlled mainly by pro-Moscow separatists.

“It’s the first step in a potentially large-scale Russian military operation to force regime change,” said Michael Kaufman, director of Russia studies at the US-based Neville Analysis Center, who has previously predicted that Russia would launch a large-scale invasion of Ukraine.

Scenario Two: Additional Incursion
But even if Moscow considers launching a military campaign to seize Kyiv as political and military risks, it can still choose to move forward with a potentially bloody confrontation with a limited incursion.

The separatists do not control the entire administrative area of ​​the Donetsk and Lugansk regions, but the separatists assert their “sovereignty” over this entire area.

From this angle, Putin said Tuesday that Russia recognized the sovereignty of the separatists over all the lands of the two regions, in a statement that opens up more possibilities.

Russia may use its forces in an effort to expel the Ukrainian government from these two regions, while the question remains about the geographical borders of these two “republics” whose independence Putin recognized.

Putin may seek to push his forces north towards the city of Mariupol and then seek to link it to the Crimea on the Black Sea, which Russia annexed in 2014, knowing that what connects the peninsula’s lands to the Russian lands is only a bridge.

Sam Green, professor of Russian politics at King’s College London, suggested that “Putin will stop at the current line of control and seek to control matters there in order to avoid escalation”.

“But he (Putin) will keep the possibilities open to going further in order to continue the pressure,” he added.

Third scenario: a new status quo
The Russian government’s media celebrated Moscow’s recognition of the independence of the two separatist regions, describing it as a victory for Russia, which in recent weeks has managed to put its security concerns at the top of the West’s agenda.

And his speech, which lasted more than an hour, made some feel that the conflict ended at this point and that Russia would be subject to sanctions in addition to the suspension of the Nord Stream 2 gas pipeline that connects it with Germany.

While Putin ordered Russian forces to “keep the peace” in the two breakaway regions, Russian Deputy Foreign Minister Andrei Rudenko said there was no need to send troops to eastern Ukraine for the time being.

EU foreign affairs chief Josep Borrell acknowledged that what we have seen so far is not a “total” invasion.

On Tuesday, the Russian President announced that Russia recognizes the sovereignty of pro-Russian separatists in eastern Ukraine over the entire Lugansk and Donetsk regions, not only over the areas under their control.

“We recognized the independence of these two republics, which means we recognized all their charters, including their constitution,” Putin said.

In the constitution, the borders of the Donetsk and Lugansk regions were drawn as they were when they were part of Ukraine”.

But he made clear that the exact boundaries must be drawn in talks between the breakaway republics and Ukraine.

Shortly after Putin’s speech, Dmitriy Trenin, director of the Carnegie Endowment for Research in Moscow, wrote, “Russia-Ukraine: No Great War… Rather, stability is on the front line at the moment”.

However, he admitted that Moscow “crossed an important line” by recognizing the independence of the two regions in conjunction with its de facto withdrawal of recognition from the Kyiv government.