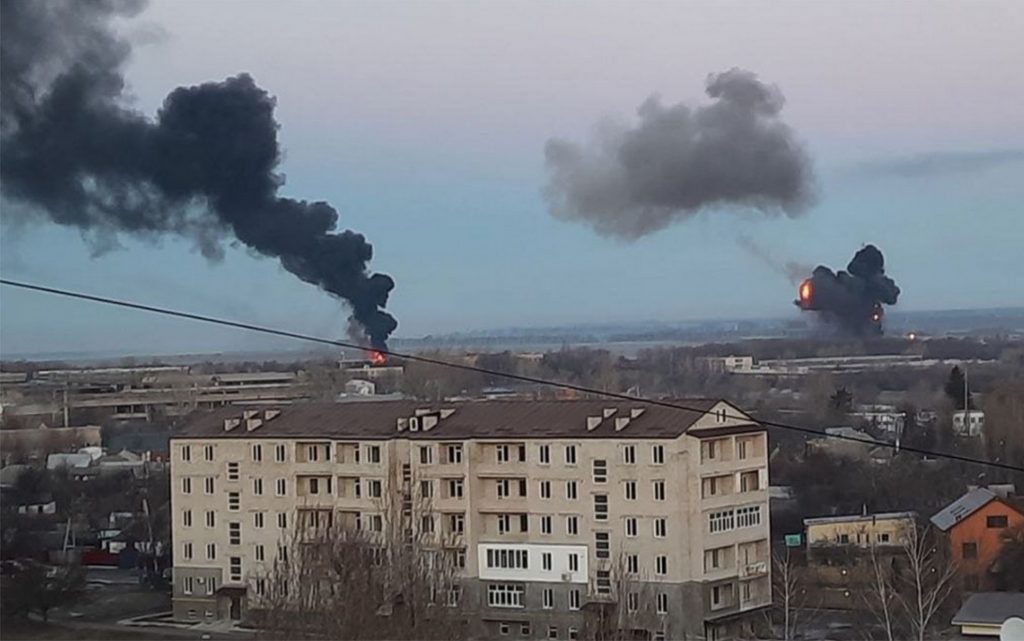 Ukraine’s military said on Thursday it had destroyed four Russian tanks on a road near the eastern city of Kharkiv, killing 50 soldiers near a town in the Luhansk region, and downed a sixth Russian plane in the same region.

Russia denied reports of destroying its aircraft or armored vehicles.

The Ukrainian border guards said that three of their members were killed in the southern Kherson region, and others were wounded.