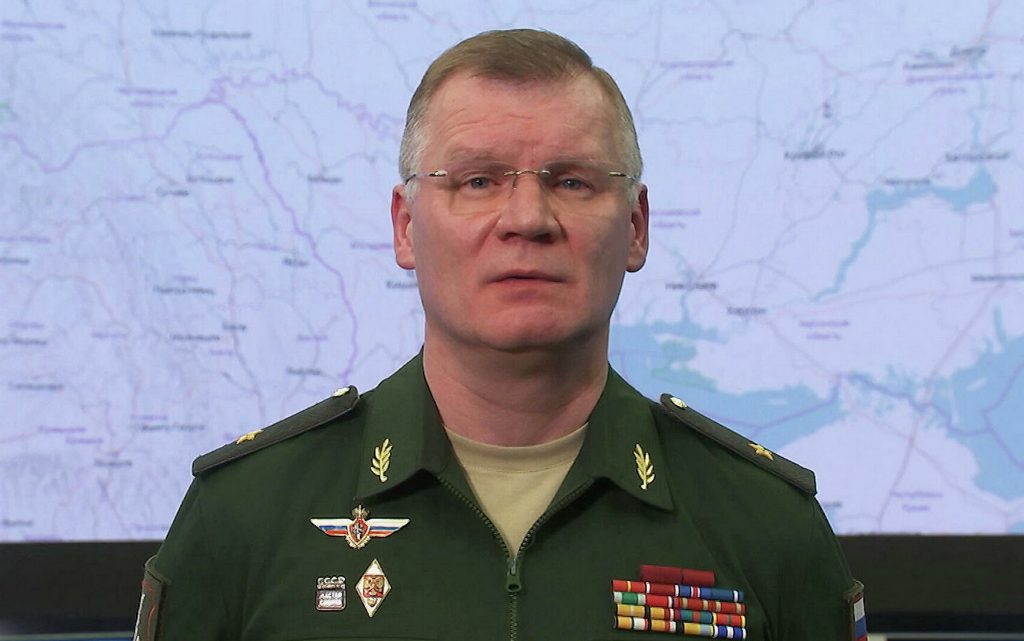 The Russian Defense Ministry said that in accordance with the decision of the Supreme Commander of the Armed Forces Vladimir Putin on February 24, the Russian army is carrying out a special military operation to protect the Donetsk and Lugansk People’s Republics.

The ministry stated that the people’s forces in the two republics were confronting the aggression of the Ukrainian army, and moved to the opposition attack with the support of the Russian army after cutting the Ukrainian defense lines.

In the details, the Donetsk People’s Forces advanced towards Volnovaka, up to three kilometers, and the Lugansk forces towards the city of Seschastia, through Seversky Donets, for a distance of 1.5 kilometers.

At the same time, the Ukrainian army continues to bombard the peaceful cities of Donbas, and there are casualties among the civilian population of the two republics.

For its part, the Russian army bombarded the cities of Ukraine, neither with artillery, nor with missiles, nor from the air.

There was no resistance to the Russian army on the part of the Ukrainian border guards.

Intelligence information indicates that large groups of Ukrainian forces are leaving their posts and laying down their weapons.

The ministry stressed that such sites will not be bombed after that.

The Russian Defense noted that with the high-precision weapons of the Russian Armed Forces, only the military infrastructure, air defense, aviation facilities, and military airports in Ukraine were disrupted.

The Russian Defense drew attention to the fact that Ukrainian intelligence is preparing to carry out provocations similar to those carried out by the “White Helmets” in Syria.

Fake videos are being filmed in Ukrainian cities, with “mass casualties” occurring among the civilian population of Ukraine, and these tapes are being distributed through some telegram channels and social networks.

This is intended to accuse Russia of excessive use of force to intimidate civilians.

The ministry reiterated that the Russian armed forces haven’t and won’t bomb any Ukrainian cities.