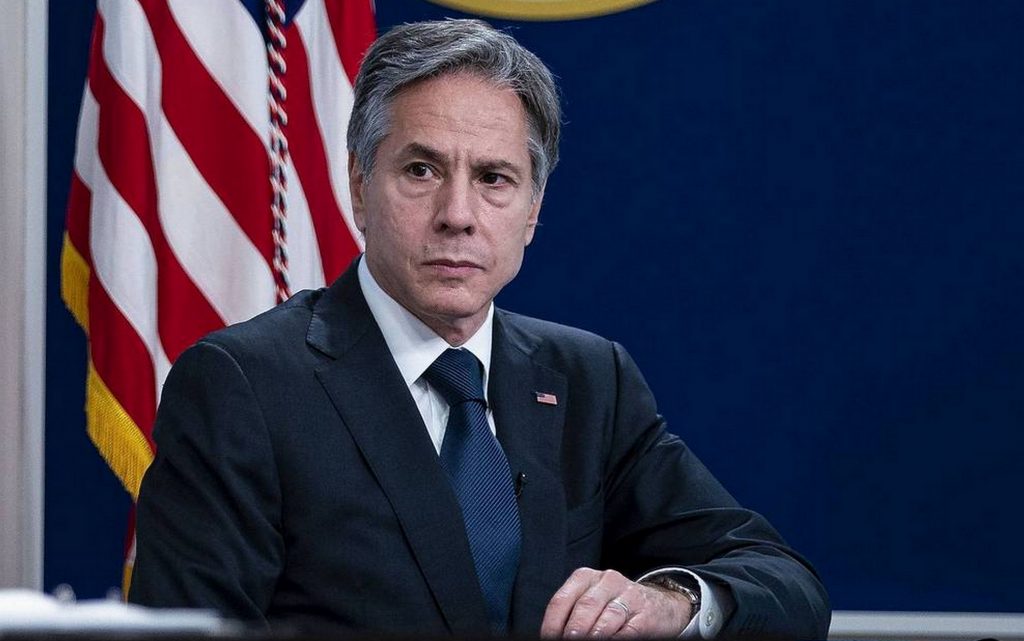 US Secretary of State Antony Blinken said he has canceled his scheduled meeting in Geneva with Russian Foreign Minister Sergei Lavrov, which was originally scheduled for Thursday.

Blinken considered that it no longer makes sense to hold talks with Lavrov in light of the recent measures taken by Moscow towards Ukraine.

Blinken said on Tuesday that Russian President Vladimir Putin’s speech in which he recognized the independence of two separatist regions of Ukraine and his statements were extremely worrying and made clear that Putin considered Ukraine a vassal of Russia.

Blinken told reporters after a meeting with his Ukrainian counterpart Dmytro Kuleba in Washington that the United States and its allies will continue to tighten sanctions if Russia escalates its aggression against Ukraine.

French Foreign Minister Jean-Yves Le Drian, whose country currently holds the EU’s rotating presidency, also announced on Tuesday that he would no longer meet with Lavrov.

Russia was met with a wave of sanctions from Western countries after it recognized the Donetsk and Lugansk regions held by pro-Moscow separatists in Ukraine on Monday as independent republics and deployed troops in the region.

This development comes after months of tensions caused by the build-up of Russian forces along the Ukrainian border.