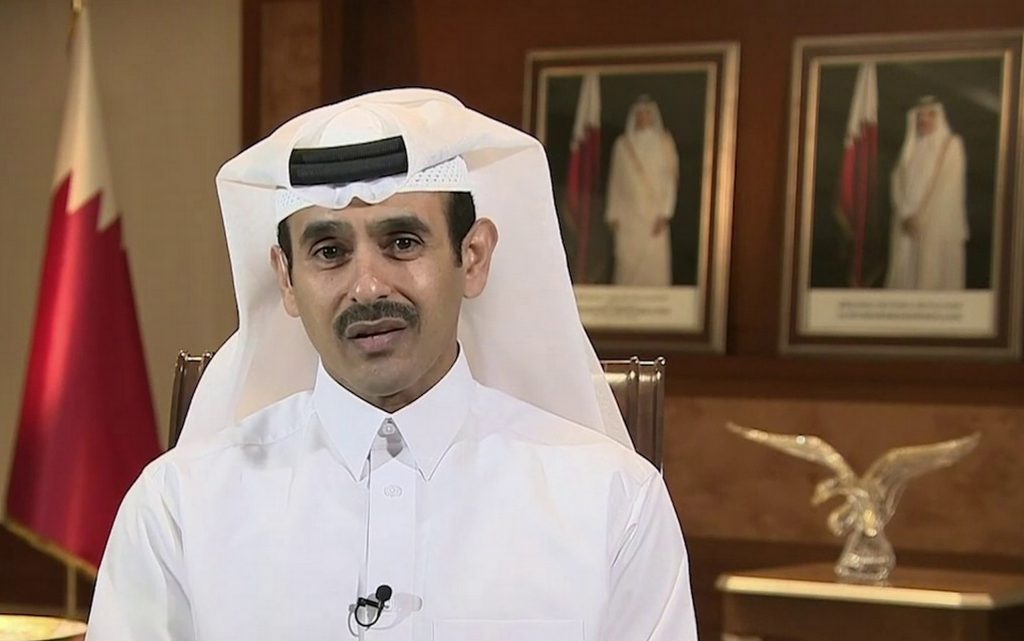 Qatar’s Energy Minister Saad al Kaabi said on Tuesday that neither Qatar nor any other single country has the ability to fill the void or replace Russian gas supplies to Europe with liquefied natural gas in the event of supply disruptions due to the conflict between Russia and Ukraine.

Kaabi added that since most of the Qatari gas quantities are reserved in long-term contracts, mostly for Asian buyers, what can be transferred for shipment to Europe ranges between only 10 to 15%.

The amount that can be transferred ranges between 10 and 15%”.

Kaabi’s comments renewed concerns about gas supplies to Europe as tensions escalated between Russia and Ukraine on Tuesday after Moscow ordered its forces into two breakaway regions in eastern Ukraine.

“I think Russia is responsible for supplying roughly 30-40% of supplies to Europe,” al Kaabi told reporters at a gas conference in Doha.

No country alone can compensate for this amount, there is no capacity to do that with regard to LNG”.

“Most of the LNG is linked to long-term contracts, with very clear destinations…Therefore, making up for this amount at this speed is almost impossible”.

The United States and its Western allies are due to announce new sanctions against Russia after Russian President Vladimir Putin officially recognized the independence of the two regions.

The sanctions may affect the flow of Russian gas to Europe.

This decision led to a rise in gas prices as of Tuesday.

Qatar is one of the largest producers of liquefied natural gas in the world.

More recently, the United States has demanded that Qatar and other countries such as Japan divert gas supplies to Europe if the conflict escalates.

Sources told Reuters that Qatar’s liquefied natural gas exports have declined over the past few days with two of its giant trains out of action, another factor that may limit the ability to supply Europe with the surplus.

Japan said earlier this month it would divert some LNG shipments to Europe, following requests from the United States and the European Union.

However, the few shipments that reached Europe were already scheduled under a joint venture between Japan’s JERA and France’s EDF, and there were no additional supplies.

Japan is currently facing a cold snap that has depleted its LNG stocks and is struggling to fill the shortages to meet demand, so it needs more supplies.

Obviously, that could change, but it is clear that Qatar and Japan will be limited in their ability to help by sending the additional shipments if Europe doesn’t get access to Russian gas”.