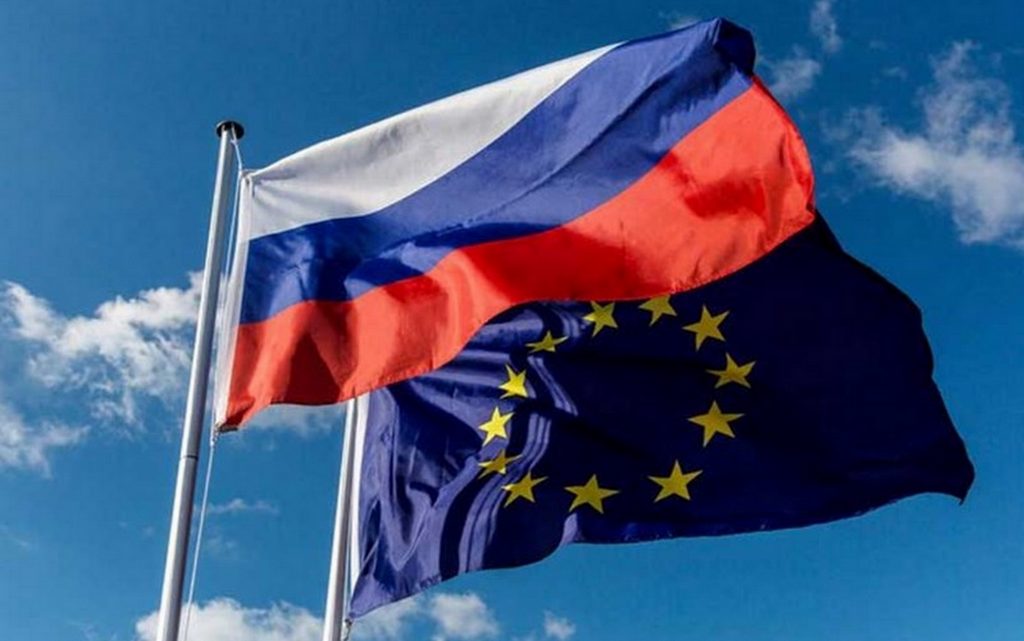 European Union foreign ministers agreed on Tuesday to sanction 27 Russian individuals and entities after Moscow recognized the republics of Donetsk and Luhansk in eastern Ukraine, as well as banks and the defense sector, and to restrict Russia’s access to European capital markets.

All members of Russia’s State Duma will be subject to EU sanctions, which usually include travel bans and asset freezes.

“Putin isn’t on the sanctions list,” Josep Borrell, the European Union’s foreign policy coordinator, stressed during a press conference alongside the French Foreign Minister, during a meeting in Paris, noting that the sanctions target banks that finance Russian decision-makers and operations in the two republics.

He continued, “We’re targeting the ability of the state and government in Russia to access our financial markets and services,” noting that “the sanctions are only part of the response, and we are at a very dangerous moment for Europe”.

The European Union’s foreign policy coordinator indicated that European sanctions against Russia would target Russian lawmakers who supported the recognition of the Donetsk and Lugansk republics.

He explained that the process of freezing assets and banning visas will affect “351 members of the Russian State Duma, who are among those who appealed to President Vladimir Putin to take this step”.

Le Drian: EU ministers agree on a package of sanctions against Russia.

In this context, French Foreign Minister Jean-Yves Le Drian said on Tuesday, that the foreign ministers of the European Union unanimously approved a package of sanctions against Russia for its recognition of the Donetsk and Lugansk republics and for sending troops to them.

Speaking to reporters after a meeting in Paris of top European diplomats, Le Drian said, “We unanimously agreed on an initial package of sanctions targeting Russian lawmakers for their support for recognition” of the two republics, accusing Russia of “violating international law and violating its obligations”.

Le Drian indicated that he would cancel an invitation to his Russian counterpart, Sergey Lavrov, to come to Paris for talks. Asked if Friday’s meeting would take place, Le Drian replied, “No,” although the European Union’s foreign minister, Josep Borrell, announced that “diplomatic efforts will continue in order to avoid a war in the heart of Europe”.

In the same context, the British Prime Minister’s office indicated that President Boris Johnson and French President Emmanuel Macron agreed on the need to “continue to work to target Russian individuals and entities that fund Putin’s aggressive approach”.

They agreed that Russia’s actions not only threaten Ukraine’s sovereignty but are a “blatant attack on freedom and democracy”.

Earlier Tuesday, the European Union announced its intention to target banks that finance Russia’s operations in the territories of the Donetsk and Lugansk republics, and Moscow’s access to European financial markets, in response to the Kremlin’s recognition of the independence of both republics.

A statement by European Commission President Ursula von der Leyen and European Council President Charles Michel said the proposed sanctions, which will include blacklisting officials and targeting trade with the Donetsk and Lugansk republics, will be formally presented later today and have to be approved by all member states.