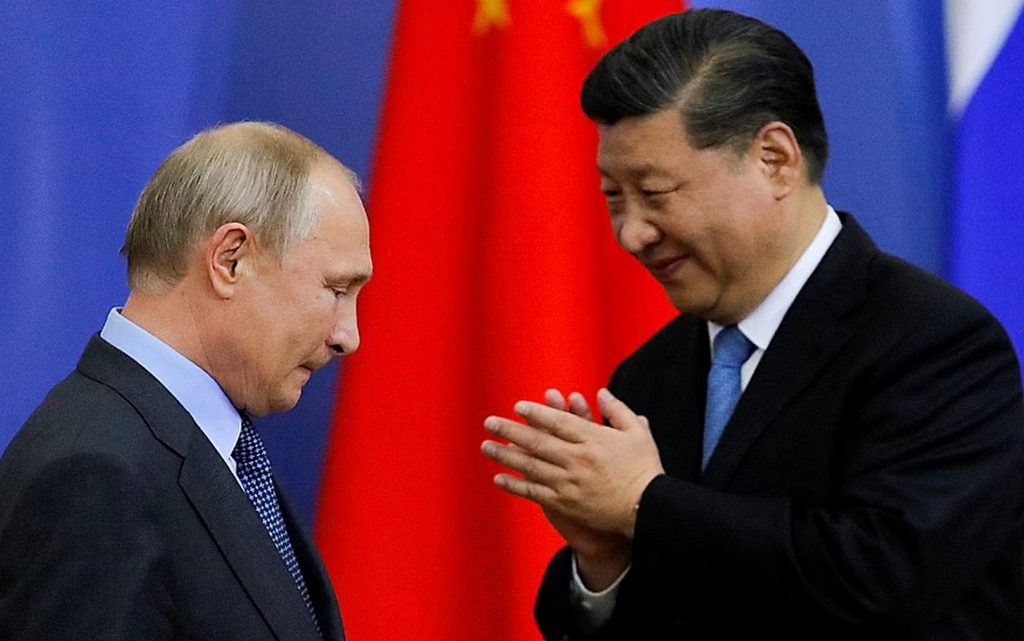 China and Russia alarmed the West this month by declaring an unprecedented boost to their relations in decades, but Beijing has signaled it won’t support President Vladimir Putin if he sends his troops to invade Ukraine.

The February 4 joint declaration included unprecedented support from Beijing for Moscow’s opposition to NATO expansion and came as Washington and its allies warn of a large-scale Russian military move against Kiev.

Former Australian Prime Minister Kevin Rudd said during an online discussion hosted by the Atlantic Council Research Center and the Asian Community that the move represented a “quantitative shift from what has been a steady intensification and increase in the content of Russian-Chinese advertising over the past 20 years”.

“China is becoming a global security player in a way that I haven’t personally seen before,” he added.

But China’s uncharacteristically direct stance on NATO and its support for Moscow’s reasonable security concerns have left it in a diplomatic thorny situation as it is forced to balance its friendly relations with Russia with its important economic interests in Europe.

As it massed more than 150,000 troops on the border with Ukraine, Russia has demanded guarantees that Kiev will never be allowed to join NATO a position that stands in stark contrast to China’s stated foreign policy that interferes in other countries internal affairs is a red line.

When asked if there is a conflict, Chinese Foreign Minister Wang Yi stressed, when participating in the Munich Security Conference via video link, that the sovereignty of all countries must be respected.

“Ukraine is no exception,” he said.

His attitude was put to the test only two days later.

Russian President Vladimir Putin on Monday recognized two republics in Ukraine controlled by pro-Moscow separatist rebels and ordered troops to be sent to them.

The United States and its allies condemned Russia’s violation of Ukraine’s sovereignty during an urgent meeting of the United Nations Security Council, but China appeared more cautious and only called on “all parties” to exercise restraint.

Former US ambassador to NATO Ivo Daalder said on Twitter that Putin “has denied the territorial independence, sovereignty and even existence of Ukraine”.

He added that the two issues constituted a “solid… China’s approach to the crisis”.

Putin dealt a fatal blow” to the two principles.

This was not the first time that China found itself facing a delicate equation to balance its interests and a major international escalation by its strategic partner, Russia.

When Moscow annexed Crimea in 2014, China didn’t include its vote in Russia’s veto of a UN Security Council resolution on the move, opting to abstain, primarily providing economic support.

Eight years later, analysts point out, there are limits to what Beijing can and is willing to do for Moscow.

Among the main factors are trade and financial relations with Europe.

Overtly supporting any Russian aggression would threaten a major investment agreement Beijing is trying to reach with the bloc.

Some analysts also suggest that China may be unwilling to further raise the level of tension with Washington.

Bill Bishop wrote in Sinocism China Newsletter that “the Ukrainian crisis… carries a significant risk of deteriorating China’s relations with the European Union and the United States”.

“I don’t think Chinese President Xi Jinping and his team would like Russia to invade Ukraine, as they understand the risks involved in reactions to any invasion,” he added.

Others believe that Beijing, by supporting Moscow’s concerns about NATO, seeks to secure its future security interests.

By tacitly siding with Moscow, Beijing is gaining “a major diplomatic leverage” and “assumes that Russia will act in the same way when China finds itself in a critical security situation,” Richard Gyasi, an expert at The Hague Center for Strategic Studies, told AFP.

Despite Beijing’s conservative statements on Ukraine, observers say that the Sino-Russian joint declaration still represents a blatant challenge to the United States and its allies beyond the current crisis.

The statement included defiance of definitions of democracy and human rights, which the West accused Moscow and Beijing of violating over the years.

The matter sparked sharp criticism from Europe, where some accused the two authoritarian regimes of working to develop a new definition of global principles that fit their agendas.

It is clearly a misrepresentation”.