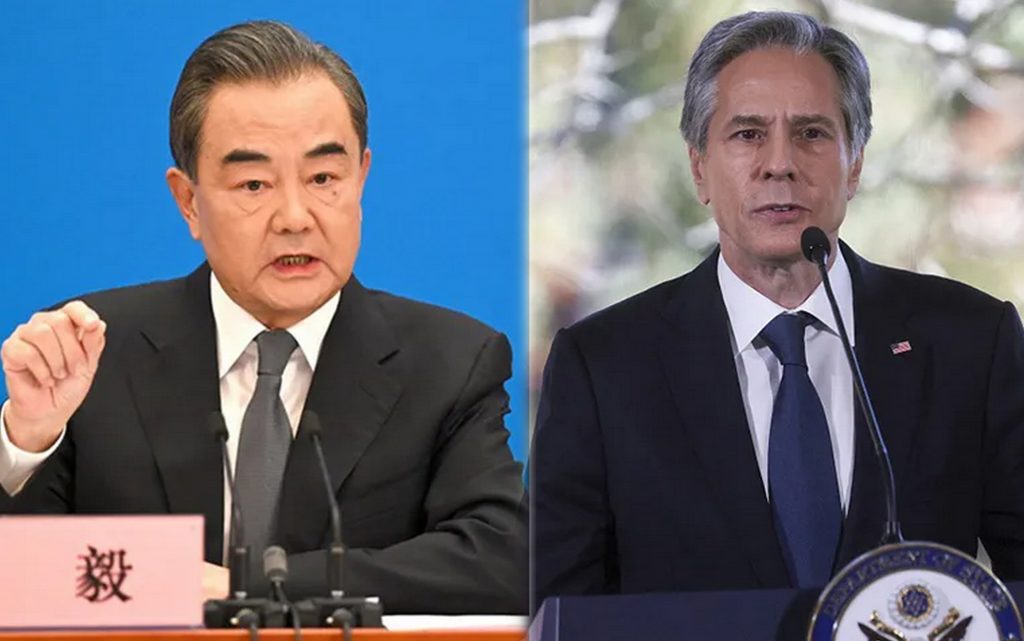 “The current development of the situation in Ukraine is closely related to the delay in the implementation of the Minsk agreements,” Chinese Foreign Minister Wang Yi said during a telephone conversation with his US counterpart, Antony Blinken.

The Chinese Foreign Ministry said, in a statement on Tuesday, that Wang Yi assured his American counterpart that “Beijing’s position on the Ukrainian issue is consistent,” and called for “respect for the legitimate security concerns of any country,” referring to Russia’s concerns about NATO’s eastward expansion.

“China once again calls on all parties to exercise restraint, realize the importance of implementing the principle of indivisibility of security, defuse tension and resolve differences through dialogue and negotiation,” Wang said.

“All parties concerned should exercise restraint and avoid any action that would inflame tension, and we welcome and encourage every effort to find a diplomatic solution,” said Zhang Jun, China’s ambassador to the United Nations.

In the same context, the Chinese Foreign Minister called, in his speech before the Munich Security Conference, a few days ago, to listen to Russia’s reasonable concerns and try to find a solution through dialogue.

A few days ago, the Global Times newspaper published an article in which it said that relations between China and Russia are “the cornerstone of a multipolar international system”.

The two countries are seeking to deepen military cooperation, and since 2012 they have been conducting joint land, sea and air maneuvers and exercises.