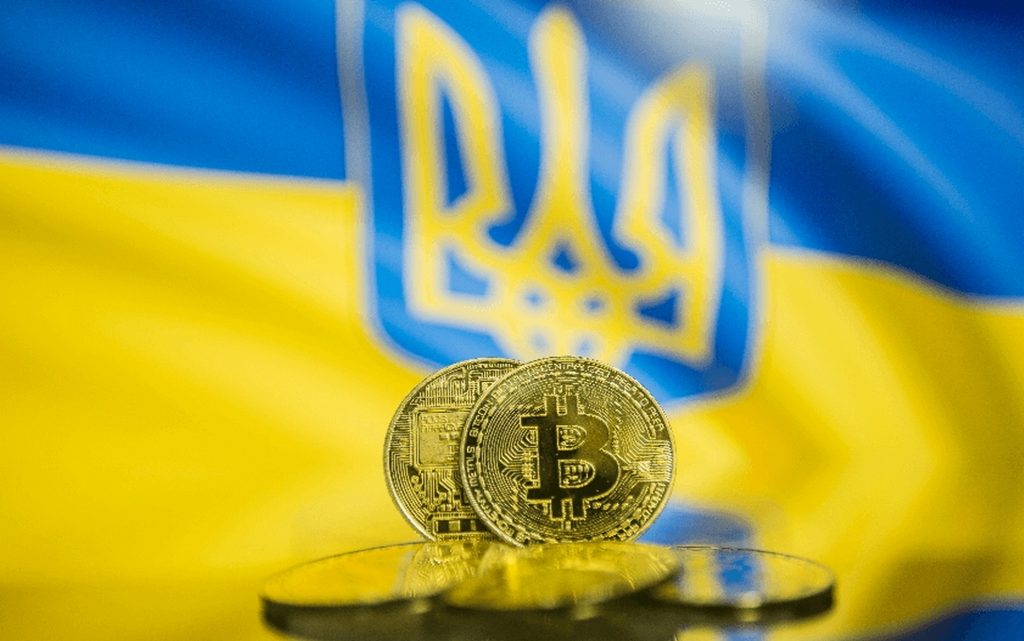 When we say that digital currencies have revolutionized human financial dealings, the world of economy, and technology, we mean it in the literal sense of the word.

Unlike other financial assets, cryptocurrencies seem to have broken into all areas, even beyond the world of economics and finance.

Ukraine has developed a thriving cryptocurrency market and is now using its experience in this field to enhance its military and technological capabilities.

In this regard, the US “Oil Price” website revealed, in a recent report, that more than 570,000 dollars in digital currencies have flowed to volunteer organizations and NGOs in Ukraine to help provide the military with military equipment, medical supplies, and drones, According to data from Elliptic.

On top of all that, these donations support the development of a facial-recognition app to determine if a person is a Russian spy, and in the absence of strict vetting procedures for the flow of cryptocurrencies, it is easy to send them anonymously across borders.

Tom Robinson, the chief scientist at the company that published this data, reported that digital currencies are increasingly being used as a source of financing mass wars with the tacit approval of governments, including Ukraine.

Robinson adds that “digital currencies are particularly suitable for international fundraising because they are not subject to censorship and national border laws, and there is no central authority that can block transactions, as is the case in the context of sanctions”.

The US website report indicates that the Ukrainian Cyber ​​Alliance has received $100,000 in funding to support its cyberattacks on Russian forces in recent years, and the Myrotvorets Center, which is said to be linked to Close to the Ukrainian government, he publishes personal information about enemies of the state.

In its report, the site stresses that digital currencies have become more important to the Ukrainian economy in recent months, as the threat of a Russian invasion has prompted individuals and companies from around the world to send money to volunteer groups and government-linked groups to help them prepare.

This may be the first example of digital currencies being used to support the war effort and make them an integral part of the national economy.

Cryptocurrencies are currently very popular in Ukraine, especially with President Volodymyr Zelensky allowing the Central Bank to issue digital currency, and his diligent work with the government to legalize and regulate the crypto market to introduce companies in this field.

Among the cryptocurrency, fundraisers are Come Back Alive, which was established in 2014 to provide military equipment, training services, and medical supplies.

This foundation began accepting cryptocurrency donations in 2018 and received about $200,000 in the second half of 2021.

Ukraine could become a crypto superpower given the current cryptocurrency flows, the government allowing the central bank to create cryptocurrencies in 2021, lower taxes on them, and simple paper transactions along with the new payment method.

All this will encourage more individuals and companies to enter the crypto markets, and it will also solidify Ukraine’s position as a center for innovation and development in Eastern Europe.

It is already creating a large pool of developers and programmers to support the country’s digital transformation.

According to a scale created by the data analytics company Chainalysis, Ukraine ranks fourth in the global cryptocurrency adoption index, with the value of the country’s currencies circulating at $8 billion, the equivalent of $150 million per day.

Ukrainians are turning to digital currencies to invest their money, especially with the lack of a strong alternative in the stock market.

New companies have appeared in the Ukrainian crypto market, while the popular cryptocurrency exchange Binance is preparing to launch a new digital currency payment card in Ukraine, making it in a dominant position.