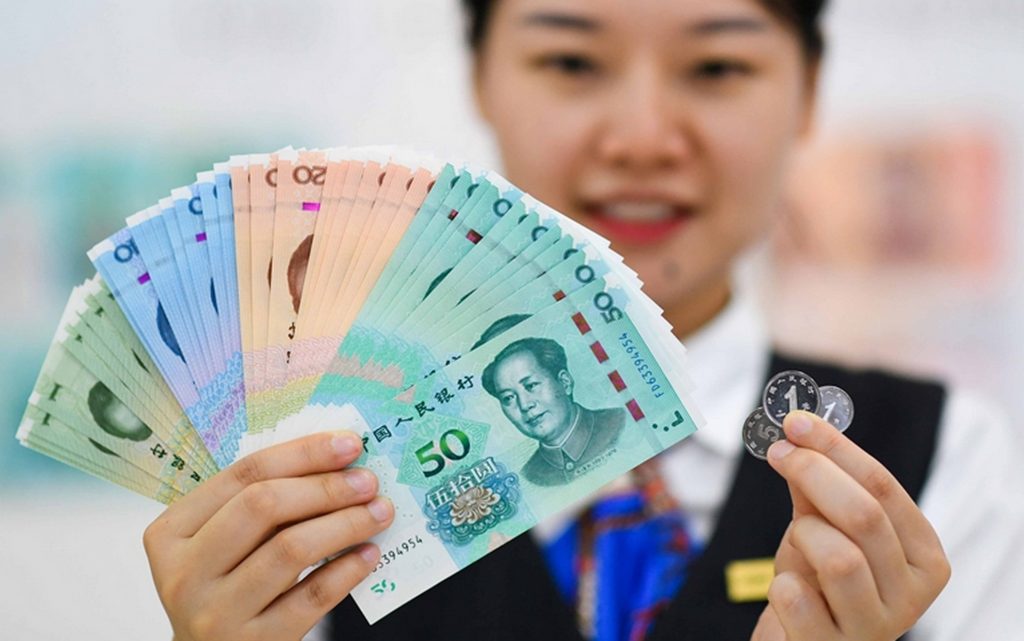 The Chinese yuan continues to impose itself as an indispensable currency in economic circles, along with the dollar and the euro, despite the economic crises that China is going through and its strict economic policies.

International yuan transactions have reached an all-time high, according to a report containing detailed data published by Bloomberg East.

In details, payments using the yuan jumped to a record market share of 3.2%, according to data from the Association for Worldwide Interbank Financial Telecommunication, surpassing its previous peak in 2015 with the support of the currency devaluation at the time in an attempt to increase exports.

The use of the currency has grown over the past three months after international funds increased their holdings of Chinese government bonds, pushing their share to a new record.

All this in addition to the decision of gas producer “Gazprom Neft” to accept yuan instead of dollars to refuel Russian planes at Chinese airports.

In a related context, People’s Bank of China Governor Yi Gang encouraged emerging countries to boost the use of local currencies at the G20 meeting of central banks on Wednesday, echoing a similar call from Indonesia to reduce dependence on the dollar at the risk of withdrawing stimulus packages by the Reserve Bank Federal.

Alvin Tan, head of Asia currency strategy at Royal Bank of Canada in Hong Kong, expects the yuan to be one of the biggest beneficiaries, given that “trade between various Asian countries and China is growing, and more of it is defined in yuan”.

The rising popularity of the yuan could also provide additional support to currency-denominated assets, even as China’s yield premium to the United States narrows due to the policy difference between the two countries.

The Chinese currency maintained its fourth position in the past two months, compared to the 35th most popular method of exchanging payments in October 2010, when it began tracking its transfers through the “Swift” system, which deals with cross-border payment messages for more than 11,000 financial institutions in 200 countries.

However, despite the rise of the yuan in the world rankings, and the increase in its market share as a result of huge orders over the past 12 years; Its popularity remains dwarfed by its more established peers, notably the US dollar and the euro.

The dollar maintained its leading position in January, a position it has held since June, despite its market share declining to about 39.9% from 40.5% in December.

The euro also lost its strength, but it retained its second place, and the pound sterling and the Japanese yen entered the “big five”, by taking the third and fifth places, respectively.