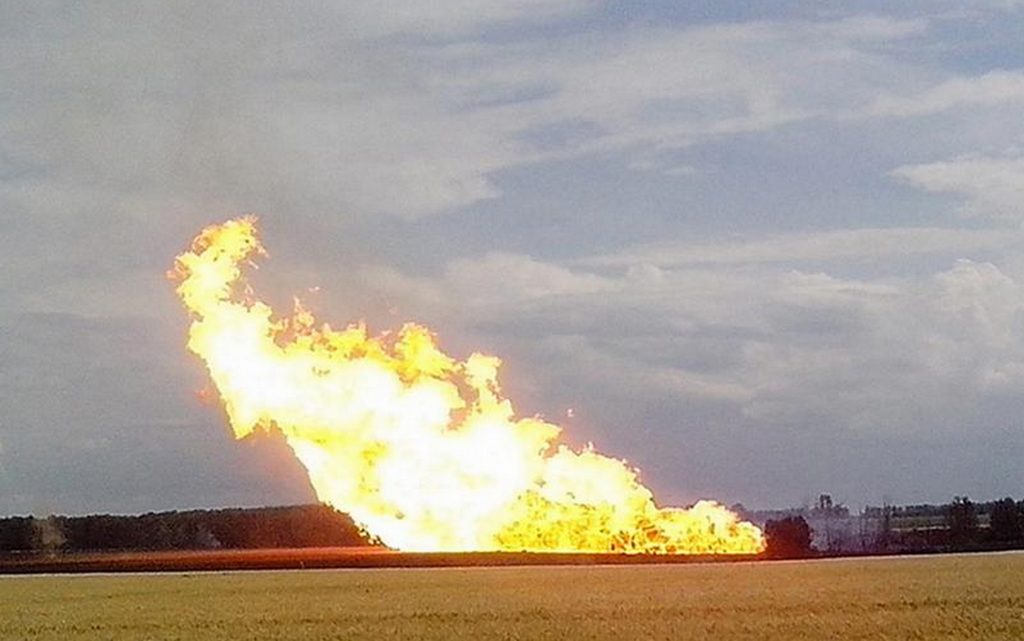 Luhansk is one of two regions that have declared secession from Kyiv and the formation of two independent republics, amid accusations of Moscow of providing them with financial and military support.

The Russian news agency, Interfax, reported that the first explosion occurred near a gas pipeline, while it did not give details about the second explosion.

While the “Lugansk Gas” company announced that the two explosions, which targeted the “Druzhba gas” lines, were an act of sabotage.

The company added in a statement: “After assessing the damage, it was found that the cause of the two explosions, which targeted the gas pipeline, was an act of sabotage”.

The network of gas pipelines targeted in the region is the largest in the world, which transports Russian gas to Europe.

The US State Department described the news of an explosion in the Donetsk region, eastern Ukraine, on Friday, as “a new attempt to cover up the fact that Russia is the aggressor in this conflict through lies”.

The US ambassador to the Organization for Security and Cooperation in Europe, Michael Carpenter, said that more than 150,000 Russian soldiers are massing near the Ukrainian border – in the largest military build-up in Europe since World War II, as he described it.

Earlier, the German Foreign Minister accused Russia of threatening peace with its diplomacy reminiscent of the Cold War and urged Moscow to take serious steps to defuse the tension in the Ukraine crisis.

This came after US President Joe Biden warned that Russia was pretexting an invasion of Ukraine, and said that Russian steps might begin immediately, but he also stressed that a diplomatic solution was still possible.

Russia said the allegations were unfounded, and that it had withdrawn some troops that were near the border and sent them to their original bases in recent days.

Western powers said they saw no evidence of the withdrawal of troops.

The West rejects Russia’s right to influence the foreign policy of countries close to its borders, as the Soviet Union did during the Cold War, the period that followed World War II.

All of these events have caused confusion and anticipation back to the markets, after a short period of calm after Russia announced the withdrawal of some of its forces from the border.