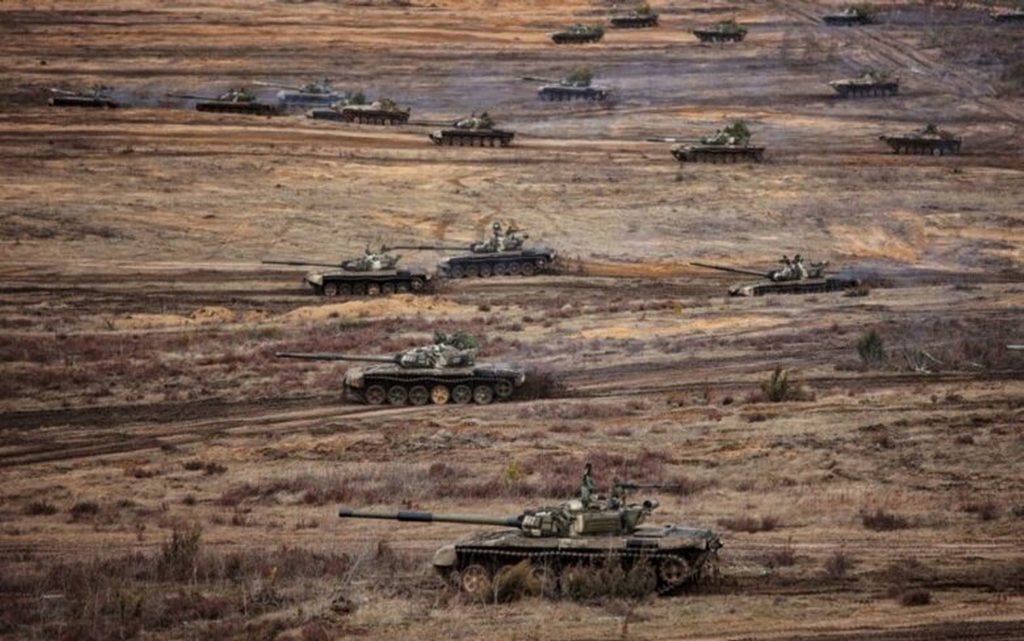 Belarus and Russia have decided to extend military exercises that were due to end on Sunday, Belarus’s defense minister said, in a move that increases pressure on Ukraine as Western leaders warn of an imminent Russian invasion.

Belarus’ defense minister said the decision was taken “in light of the increase in military activity near the external borders” of Russia and Belarus and due to the escalation of tension in the Donbas region in eastern Ukraine.

NATO says Russia has up to 30,000 troops in Belarus that it could use as part of an invasion force to attack Ukraine, although Moscow denies it has such an intention.

British Prime Minister Boris Johnson said in an interview with the BBC, broadcast on Sunday, that Russian President Vladimir Putin may not think rationally, so the threat of sanctions may not be enough to deter Russia from invading Ukraine.

He added that sanctions “may not be enough to deter an irrational actor, and we have to accept at this moment that Vladimir Putin may be thinking irrationally about this and not seeing the impending disaster”.

A Reuters journalist said explosions were heard in the city center of Donetsk in the Donbas region controlled by Russian-backed separatists in eastern Ukraine, as well as heavy shelling elsewhere in the region earlier in the day.

Donetsk residents received text messages inviting the men from them to apply for military service.

Days of shooting in eastern Ukraine, much of which is controlled by Russian-backed separatists, followed Russian military buildup, estimated by the West at 150,000 or more soldiers, to the north, east and south of Ukraine.

“The plan we’re seeing points to something that could, in fact, be the largest war in Europe since 1945 in terms of sheer scale,” Johnson told the BBC.