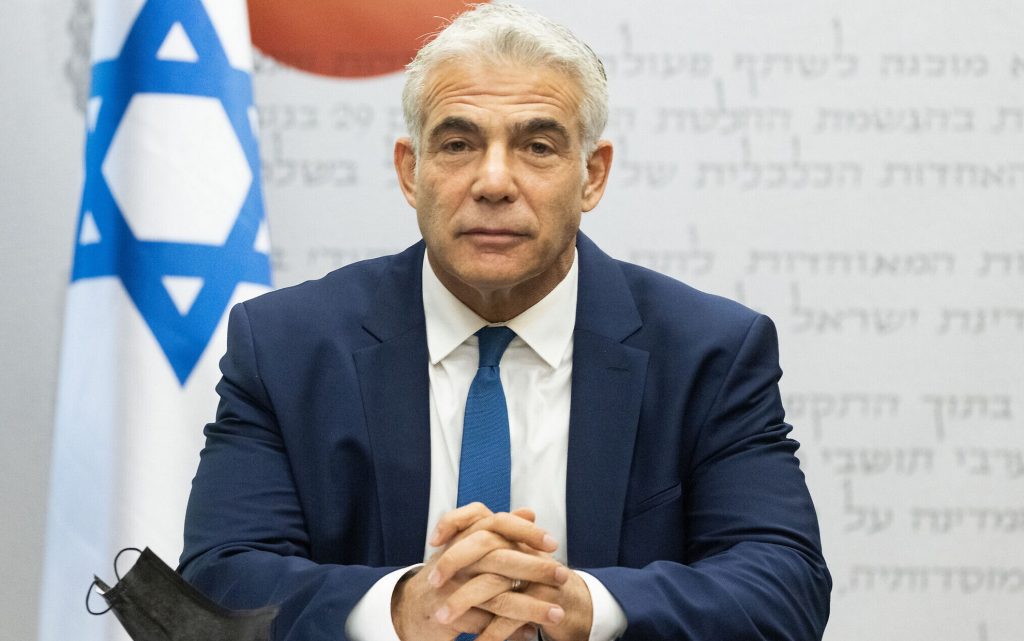 The Israeli Foreign Minister, Yair Lapid, announced on Sunday, that “Israel will position itself on the side of its traditional ally, the United States, if war breaks out between Russia and Ukraine, despite the interest in maintaining good relations with Russia”.

In an interview with Israel’s Channel 12, Lapid added that “traditionally, we go with the Americans, our biggest ally,” stressing that they are “eternal relations on the security level, as well as on the political level”.

He added, “But we are very careful with the US, and they understand that,” noting that “Israel has two problems that do not exist for the United States or Britain, the first is similar to the Baltic countries… the meaning of borders with Russia.

He added, “The Russians are there, and security coordination with Russia allows us, according to foreign information, to continue Israeli activities against the Iranian presence in Syria,” noting that “this must be taken into account”.

He stressed that he should take care of them, make sure that Israel doesn’t act in a way that endangers their security, and act “more cautiously than the British Foreign Minister or the US secretary of state,” as he put it.

It is noteworthy that the Israeli political, security, and military circles are following with interest and concern the developments between Russia and Ukraine, amid an Israeli belief that any military battle may become a huge event, with significant strategic repercussions on Israel as well.

The political affairs commentator in Maariv newspaper, Ben Caspit, spoke of concern in the security establishment of the Israeli occupation over a possible change in Russian policy in the Middle East, and that the dramatic impact of the Russian-American conflict would be embodied in everything related to Israeli interests vis-à-vis Iran.

In turn, the former head of the National Security Agency, Meir Ben-Shabbat, warned in an article in the Israel Hayom newspaper that the tensions in Ukraine pose great challenges to Israel.

The first Israeli challenge, according to Ben-Shabbat, is the position that Israel will have to take if any military development occurs in Eastern Europe so that Israel will find itself very embarrassed between Moscow and Washington, especially since Washington is expected to ask the Israeli occupation government to take a clear stand on her side.

The second challenge to Israel is related to the nuclear issue, as the Israeli concern is twofold: “Israel must make sure that the Iranians don’t take advantage of distracting attention from their issues, at this time, in order to rush toward the bomb”.

Talking about the latest developments in the nuclear negotiations between Iran and the United States in Vienna, Lapid stressed that “Israel is not bound by the nuclear agreement”.

The Israeli foreign minister also expressed his concern about the agreement, and said: “We’re talking with the Americans, and the dialogue is very intense, and we would like to make sure that if an agreement happens, we want to create a precise dialogue regarding how to deal with the repercussions of the agreement”.

Lapid stated that in any case, this agreement is “not good, and Israel is concerned,” adding that “we made it clear to the Americans, and there is full cooperation and we are not bound by this agreement”.