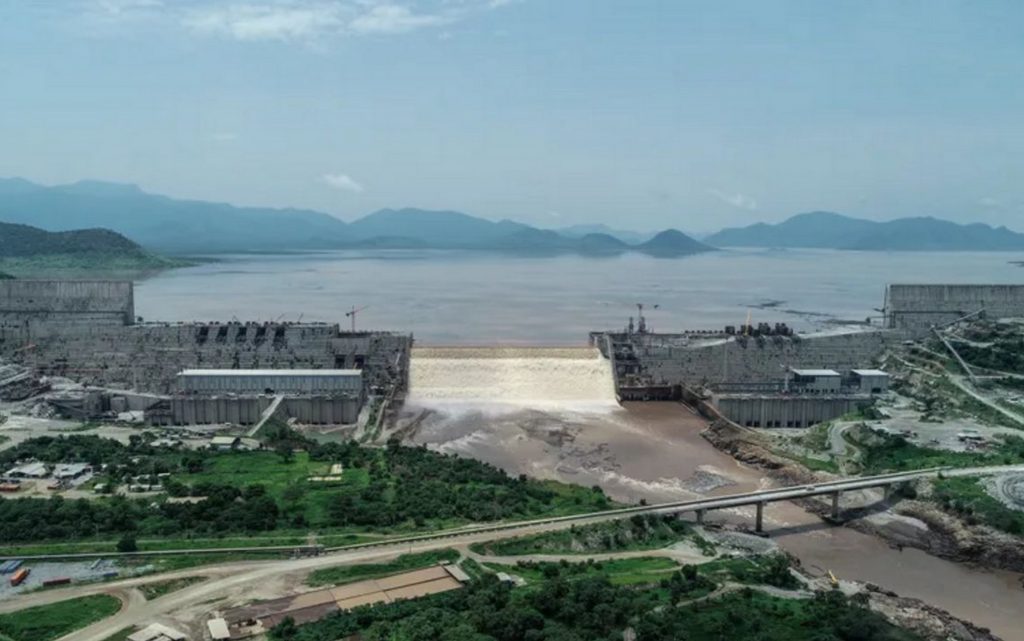 Ignoring all the differences and problems in this regard, Ethiopia started the process of generating energy from the huge Renaissance Dam, which is built on the Nile River, in what is a major turning point in the controversial project.

The Ethiopian Prime Minister, Abi Ahmed, inaugurated the first phase of electricity generation from the Renaissance Dam, in an event with the attendance and participation of dozens of officials, parliamentarians, community leaders, and religious men, in order to inaugurate one turbine out of a total of 13 with a capacity of 350 megawatts.

During the event, the Ethiopian Prime Minister said: “I congratulate the downstream countries (Egypt and Sudan) on the start of power generation, and I assure you that the benefit will be mutual… The Nile waters will continue to flow to Egypt and Sudan, and no harm will befall them”.

He added, “We’ve no intentions of harming the causes of downstream Egypt and Sudan, and our relations with the two peoples are based on brotherhood”.

Egypt, Sudan, and Ethiopia have been negotiating since 2011 to reach an agreement on filling and operating the dam, but long rounds of negotiations between the three countries have not yet produced an agreement.

It is noteworthy that the Renaissance Dam is located on the Blue Nile in the Benishangoul-Gemuz region, about 30 km from the border with Sudan, and it is 1.8 km long and 145 meters high.

The Blue Nile, which originates in Ethiopia, meets the White Nile in Khartoum to form the Nile River, which crosses Sudan and Egypt and flows into the Mediterranean.

For Egypt, which relies on the Nile to provide about 97% of its irrigation and drinking water needs, the dam poses an existential threat.

For his part, Sudan hopes that the project will contribute to controlling annual floods, but it fears that its dams will be damaged in the absence of an agreement on the operation of the Renaissance Dam.

Egypt adheres to its “historic right” to the waters of the Nile, which is guaranteed by a series of agreements concluded since 1929.

At that time, Egypt obtained the right of veto to build any projects on the river.

In 1959, under an agreement with Khartoum on the distribution of Nile waters, Egypt obtained a 66% share of the annual flow of the Nile, compared to 22% for Sudan.

However, Ethiopia is not a party to those agreements and does not consider them legal.

Dr. Hisham Bakhit, Professor of Water Resources at the Faculty of Engineering at Cairo University, and a member of the Egyptian negotiating team in the file of the Ethiopian Renaissance Dam crisis commented on the frequent news from Addis Ababa regarding the start of the process of producing electricity from the dam.

Dr. Bakhit said, that this step falls under the framework of the unilateral actions that Addis Ababa has been doing.

On the impact of this step on the ceiling of Egyptian demands during the negotiating process in the future, Dr. Bakhit stressed that “the Egyptian demands are the same no matter what happens on the ground”.

He added, “Egypt’s demands are fixed, and the Ethiopian announcement regarding electricity generation confirms what Egypt has indicated recently on more than one occasion regarding Ethiopia’s insistence on unilateral moves”.