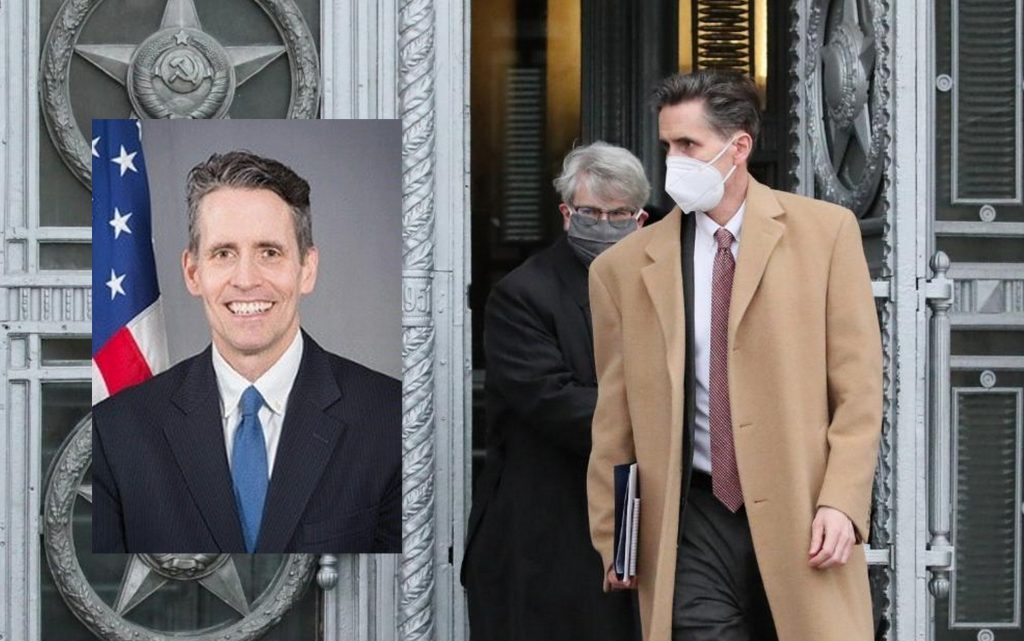 The US Embassy in Moscow announced that the Russian authorities had expelled the US Deputy Ambassador, Bart Gorman.

“We can confirm that Russia has expelled the deputy head of the diplomatic mission of the United States, Bart Gorman, who was the second official at the US embassy in Moscow after the ambassador and a pivotal member of the administration team,” the spokesman for the US embassy, ​​Rebholtz, said in a statement.

“Today, it is more important than ever for our two countries to have a sufficient number of staff in their diplomatic missions to contribute to the dialogue and communications between our two governments,” Ribholtz continued.

Our goal is to achieve a greater balance in the work of our missions”.

Speaking to the Russian RIA Novosti news agency, a spokesman for the US embassy indicated that Washington considers Russia’s actions against the deputy ambassador an escalatory step, stressing: “We’re studying the possibility of a response”.

The official pointed out that Gorman has a valid entry visa and has spent less than 3 years in Russia, calling on the Russian authorities to “stop the unjustified operations to expel Western diplomats”.